A group of students of Caucasus Tourism School of Georgia and the George Washington University in the United States have been introduced to the potential of wine and gastronomic tourism in eastern Georgia’s winemaking region of Kakheti, the Georgian National Tourism Administration announced on Tuesday.

The joint research was hosted in Kakheti, where participants met with representatives from the tourism industry, local administration and various industry associations to survey the main wine and gastronomy tourism facilities. 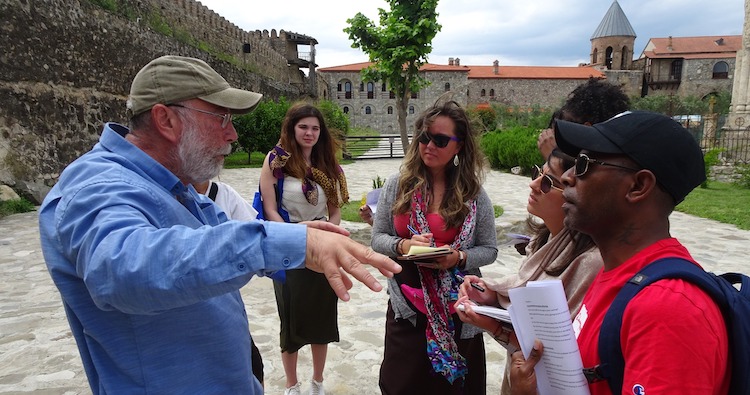 The group from George Washington University was in Georgia for the project for two weeks starting June 19. The initiative was a joint move between the two universities along with the Georgian National Tourism Administration and with support of the Economic Security Programme of the United States Agency for International Development.