Georgia’s prime minister Irakli Garibashvili has named transforming the country’s into a regional hub as one of the “main priorities” of his government, while launching the New Poti Seaport, a $93 million construction project in Georgia’s largest Black Sea harbour on Saturday.

Speaking at the formal unveiling of the project that involved the PACE group and the United States International Development Finance Corporation (DFC) Garibashvili said his team was focusing on “the full realization of our potential, so from the very first day of this project we fully supported the PACE group and each employee”.

The PM spoke of the role of PACE in allocating $50 million in funding to the construction work since 2020, citing the project as an example of Georgia’s attractiveness for foreign investment, as well as the country’s “largest transit and transport” potential in the region.

Garibashvili called the seaport project “extremely important” for the region, adding investment in it would increase to $120 million after the second of two phases of the work was completed.

In her comments, United States ambassador Kelly Degnan said the port was part of the physical infrastructure connecting Georgia with Europe, making it a symbol of Euro-Atlantic aspirations of the country.

The $50 million investment from the DFC is a demonstration of America’s commitment to Georgia’s prosperity and to the Georgian people. Infrastructure projects contribute to further economic development and growth in Georgia, Degnan said. 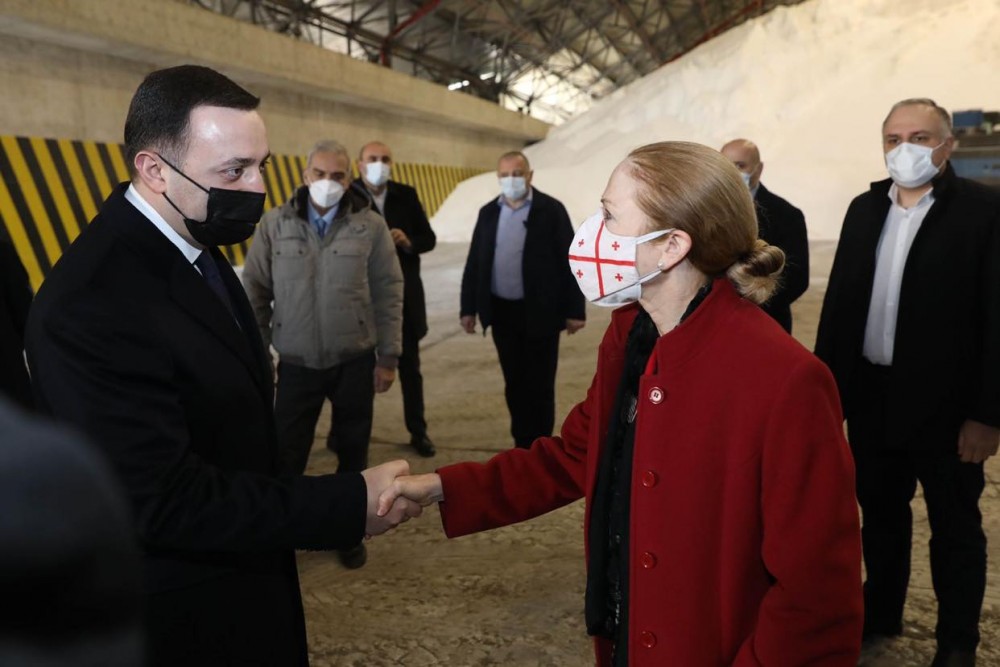 The new port is one of the largest projects implemented in the Georgian maritime sector, while DFC’s investment makes it the largest to a single project in the region.

The Poti Seaport is the largest port in Georgia and handles liquid, dry bulk, passenger ferries and hosts 80 percent of Georgia’s container traffic. The port serves as a European gateway for international trade in Georgia, Armenia and Azerbaijan.