The de facto authorities of the Russian-occupied Abkhazia region say that they do not need the support of the central Georgian government to extinguish raging forest fires in the area.

Local media reported yesterday that the fires were just 150 meters away from homes in the town of Gagra.

De facto Abkhaz President Alsan Bzhania said that he is in round the clock communication with the heads of the districts where the fire rages. 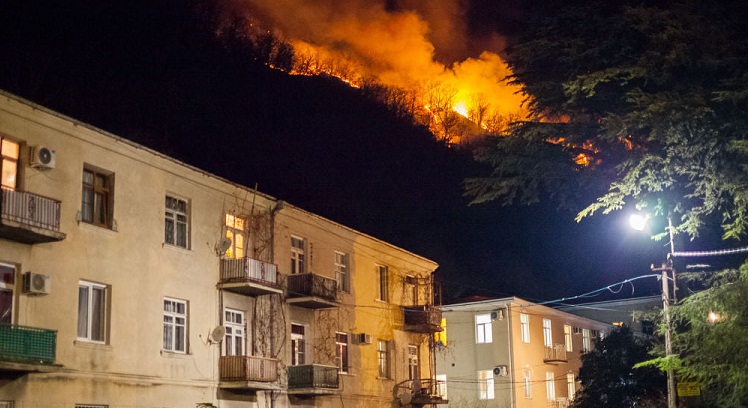 De facto Abkhaz authirities claim that they are coping with the situation. Photo: 1TV.

Georgian State Minister for Reconciliation and Civil Equality Tea Akhvlediani stated earlier today that the central Georgian government has offered help to the de facto authorities immediately after the first fire was reported in the region last week.

She said that the central Georgian government has also offered a helicopter to help fight the fires.

However, Akhvlediani stated that the de facto authorities have refused to receive the support.

She said that Tbilisi is concerned by the fires in Abkhazia ‘which have seriously affected the environment and the local population.’