Three out of the six remaining wildfires in western Georgia have been contained, the Emergency Management Service of the Georgian Interior Ministry announced earlier today.

It also reported that a total of 500 fire-fighters are working to extinguish fire that broke out in the fields and forests throughout the country. 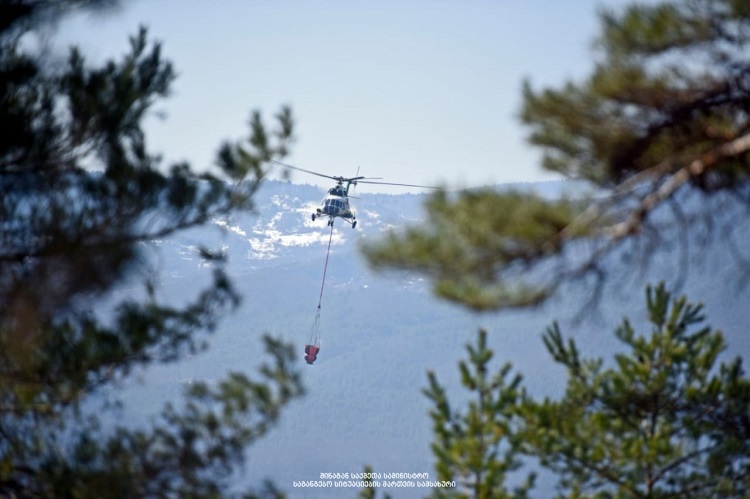 The Emergency Management Service calls on the population to refrain from burning grass in the fields and agricultural lands.

There is a strong wind and dry weather in western Georgia which hinders the rescuers from containing the fire”, it also said.

President Salome Zurabishvili expressed her concern over the recent fires in Georgia and its Russia-occupied region of Abkhazia on Facebook last night.

Zurabishvili wrote in the Georgian and Abkhaz languages that ‘it is very difficult that the population affected by the [coronavirus] pandemic now has to deal with the fire as well”.

Meanwhile, local Abkhaz news agency Apsnypress has reported that the fire approaching homes in  occupied Gagra has been contained.

The de facto authorities of the Russian-occupied Abkhazia region have refused to accept the support of the central Georgian government to extinguish raging forest fires in the area.