The International Republican Institute (IRI) released its recent poll today, which says 33% of those surveyed would vote for the ruling Georgian Dream party if parliamentary elections were to be held this coming Sunday, while 16% said they would rather vote for the opposition United National Movement (UNM) party. 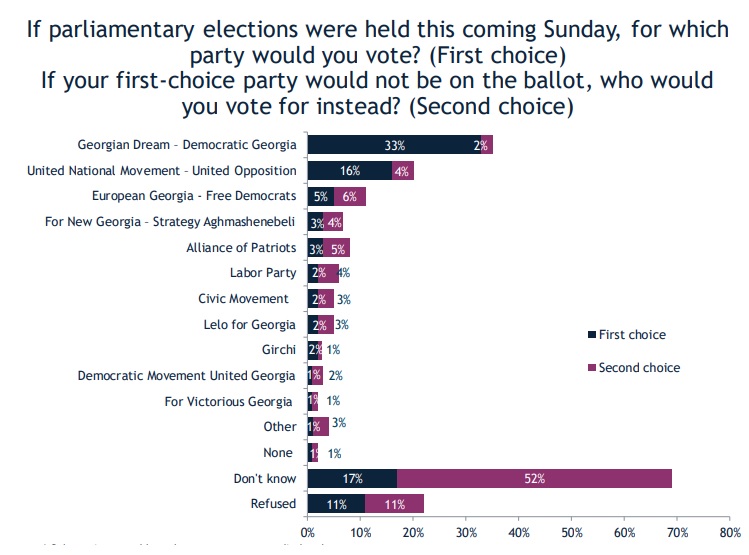 All the charts by IRI Georgia

Notably, there has been “an uptick in positive views of the country’s trajectory” since IRI’s previous poll of October 2019 as 38% of those surveyed consider Georgia is heading in the right direction compared to 22% a year ago. 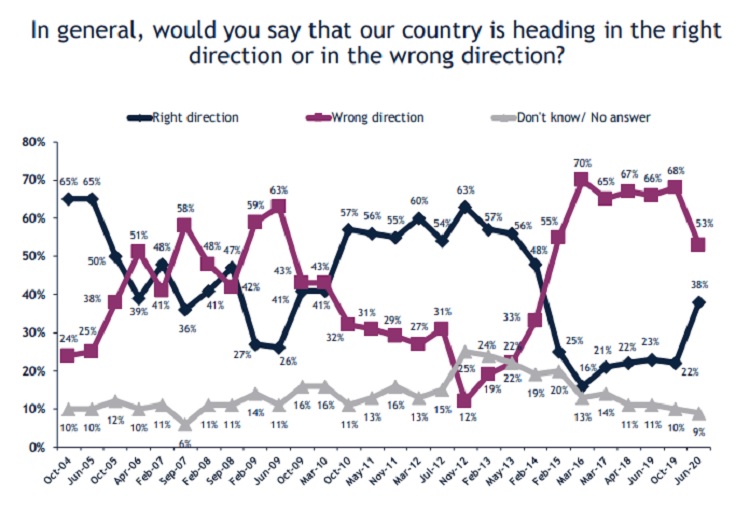 It is crucial that Georgia’s political parties take this opportunity to build platforms and programmes that respond to pandemic-related economic concerns ahead of the upcoming elections”, IRI Regional Director for Eurasia Stephen Nix stated. 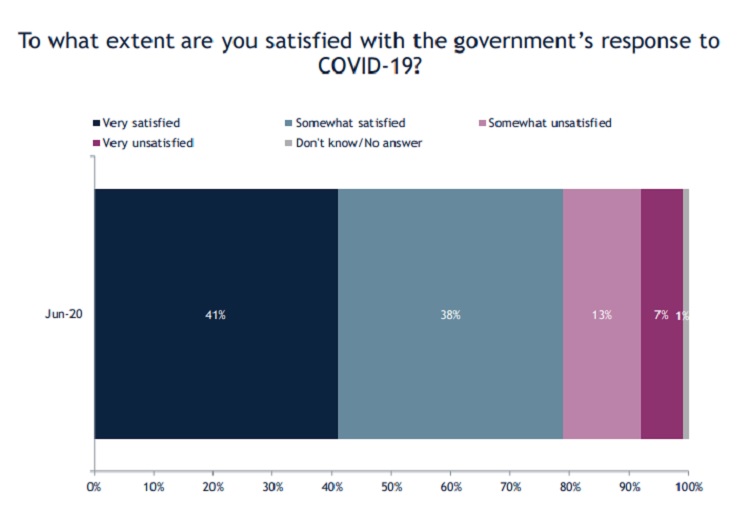 Likewise, 58% are either “very” (21%) or “somewhat” (37%) satisfied with the government’s social programmes designed to mitigate the pandemic.

Meanwhile, 82% of those surveyed agree that the economic situation has either worsened "somewhat" (42%) or "a lot" (40%) since the outbreak of the pandemic.

IRI conducted its recent poll between June 4 and July 2, 2020 through face-to-face interviews at respondents’ homes.

The sample consisted of 1,500 permanent residents of Georgia older than the age of 18 and eligible to vote. It is representative of the general population by age, gender, region and size of the settlement.