The International Republican Institute’s (IRI) Center for Insights in Survey Research has conducted its first nationwide poll of Georgia since the 2020 parliamentary elections which says that 60% of Georgian citizens either ‘definitely’ (42%) or ‘somewhat’ (18%) do not support the opposition’s boycott of parliament.

Though Georgians by and large want their elected representatives to resume governing, they are evenly split on the need for early parliamentary elections: 45% support the opposition demand for snap elections, while 45% do not,” said the polls. 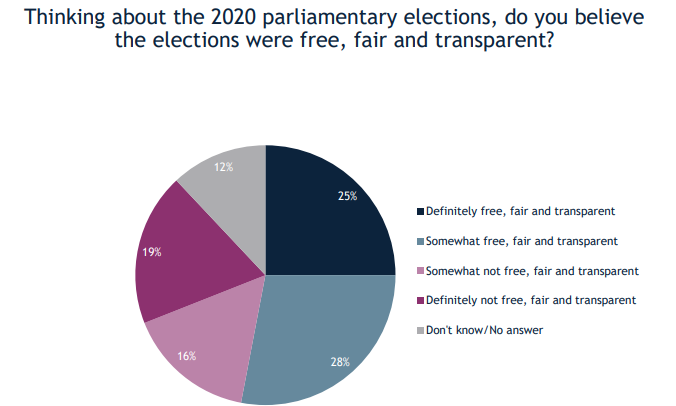 IRI Regional Director for Eurasia Stephen Nix says that ‘these findings send an important message to both the governing and opposition parties. Georgians want a functioning parliament that reflects their needs.’ 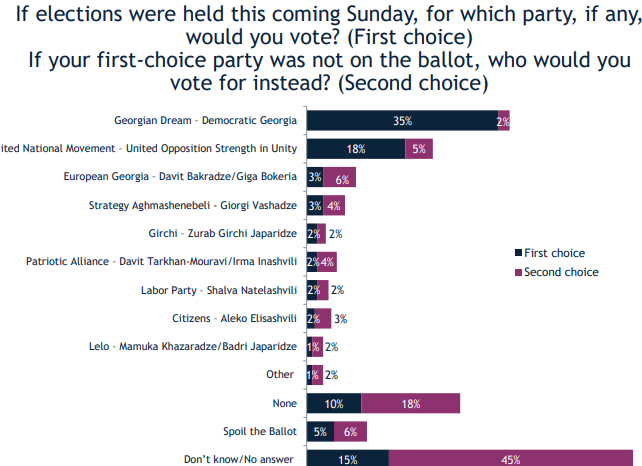 Regarding the pandemic, 59% of Georgians are either ‘somewhat’ (44%) or ‘very’ (15%) satisfied with their government’s overall response which is a 20-point decrease since IRI’s June 2020 survey.

In terms of the economic response, 45%, as opposed to 56% in June 2020, are satisfied with the government’s efforts to address the economic fallout of COVID-19,” said the poll. 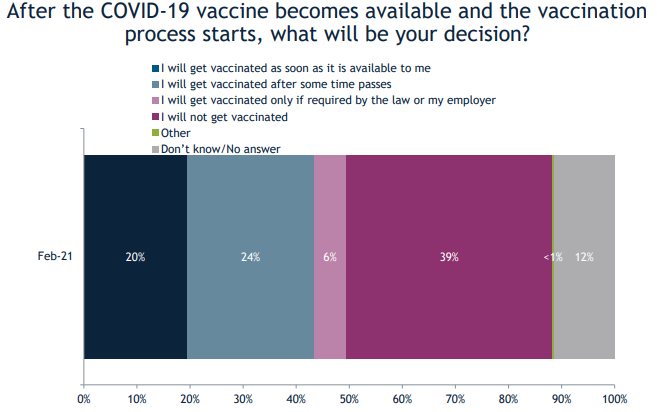 Moreover, unemployment tops the list when asked to name the most important problems facing their country (65%), their town (41%) and their household (34%). 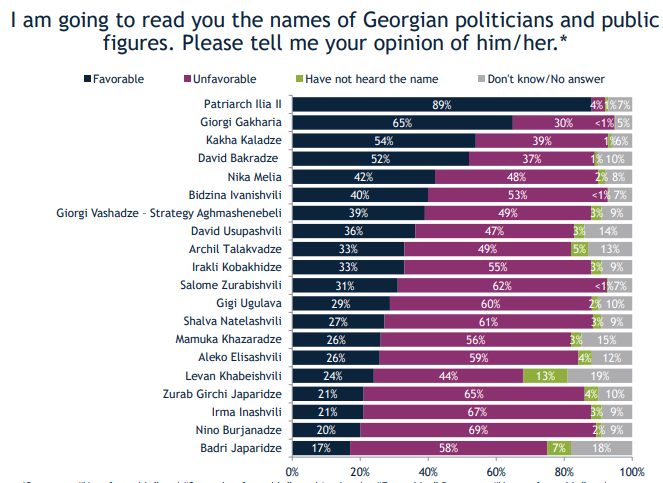 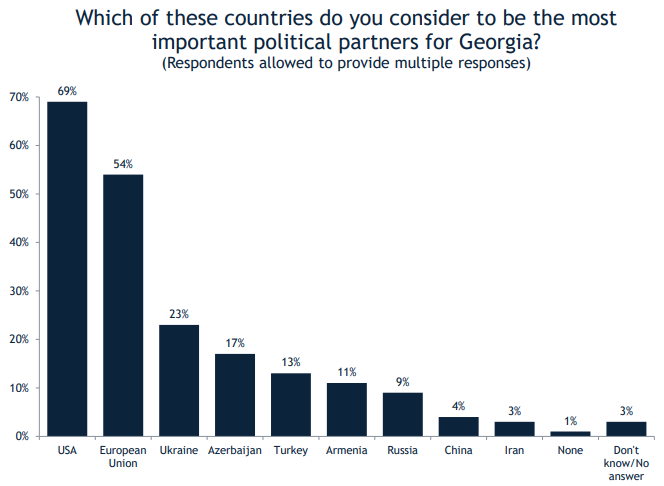 88% of Georgians believe that Russia is the major threat for the county. 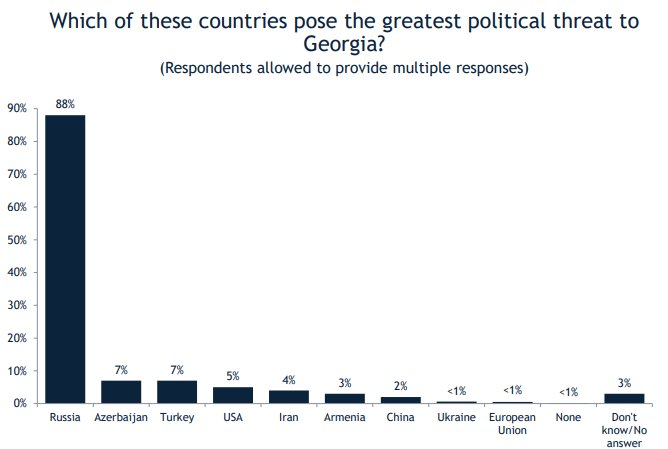 36% of Georgians support further dialogue with Russia, while the figure stood at 40 % in the 2020 poll.