IRI polls: 61% of voters focused on economic issues ahead of elections, third undecided on favourites

An International Republican Institute (IRI) poll released late yesterday reads that with the 2020 parliamentary elections less than a year away, a clear front-runner has yet to emerge.

Because 61 percent of voters are focused on economic policies in the run-up to the election and a third are undecided on their first choice, political parties that develop coherent and appealing economic platforms will be best positioned to form a parliamentary majority,” the polls say.

80 per cent of respondents ranked economic concerns such as unemployment, the cost of living and poverty as their top national concerns.

These issues are the most prevalent concerns at the personal level as well, with 50 per cent of respondents claiming unemployment, low salaries, poverty and the general economy as their largest concerns at home. Moreover, the majority of respondents (59 per cent) identify economic issues as having the greatest potential to stymie democratic development in Georgia," IRI says. 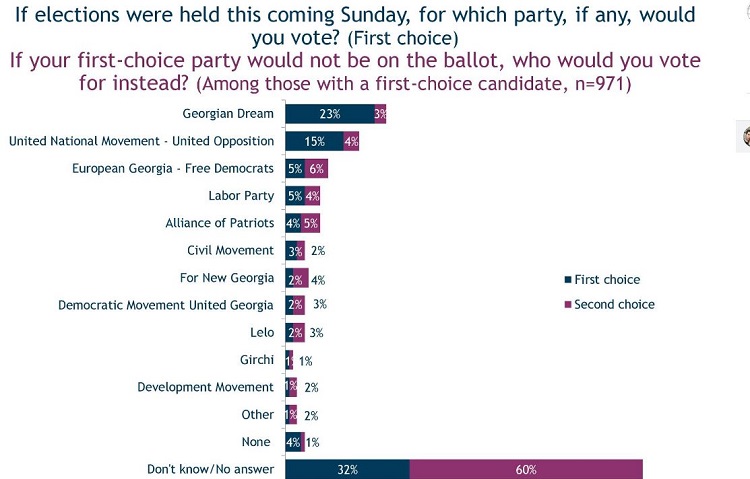 IRI says that 78 percent of Georgians who were aware of the proposed change to a fully proportional system for parliamentary elections were in favor of the proposed switch.

Additionally, 58 percent of all Georgians surveyed believe that a change to a fully proportional parliamentary [system] would positively affect Georgia’s democratic development.”

The leader of the European Georgia opposition party David Bakradze (57%), Tbilisi Mayor Kakhi Kaladze (49%) and former parliament Speaker, now the leader of the Movement of Building David Usupashvili (47%) are the most liked politicians in the polls, while President Salome Zurabishvili (70%), the leader of the Girchi Party Zurab Japaridze (66%) and opposition leaders Irma Inashvili, Gigi Ugulava and Nino Burjanadze (59 per cent each) are the least liked. 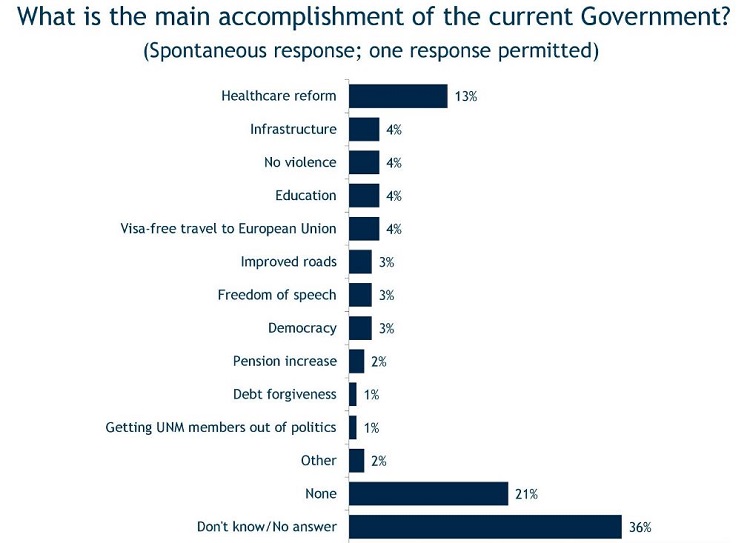 57 per cent of respondents expressed dislike for the founder and head of the ruling Georgian Dream party Bidzina Ivanishvili, while 32 per cent liked him.

The polls read that public support for NATO and EU membership within Georgia has increased in the last six months from 68 percent to 71 percent, and 75 percent to 80 percent, respectively.

This support appears to be motivated by the perceived security and economic benefits associated with NATO and the EU.” 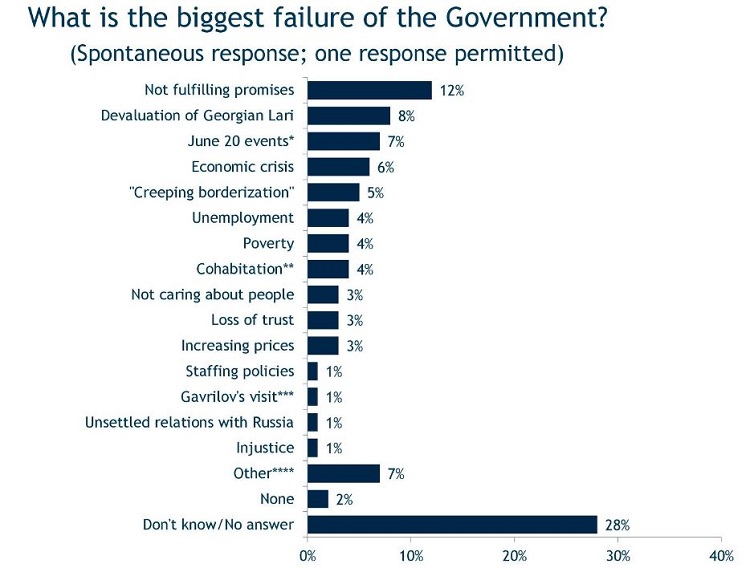