Health officials: Georgia has valid statistics of COVID-19, otherwise our hospitals will be overcrowded

Georgian health officials say that Georgia’s statistics pertaining to the coronavirus are reliable, dismissing reports of several media outlets that the country is hiding its real figures.

Director of Tbilisi hospital of Infectious Diseases Marina  Ezugbaia said that if the country were releasing false figures, the situation in hospitals and the number of people suffering from pneumonia ‘would have revealed the lie.’

This is a victory of the country. Have no doubt about the statistics. The hiding of real statistics will never stop the increase of infected people or the problems related to the issue. Just look at the situation in Europe or in many other countries,” Ezugbaia said. 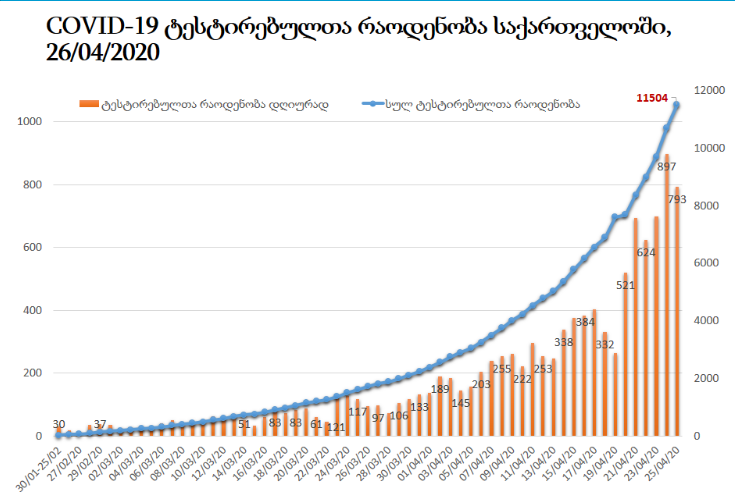 She stated that Georgia ‘perfectly coped with’ the containment period of the virus which began on February 1, 2020 and took the ‘absolutely right steps’ to prevent the further spread of the virus after the government reported the community transmission of the virus in late March.

She said that aggressive testing detected 25 new cases of the coronavirus yesterday, triggering speculations that the relatively low number of reported cases in the country is related to the ‘lack of aggressive testing of people.’

We tested many people and had only 25 cases which is very good,” Ezugbaia said. 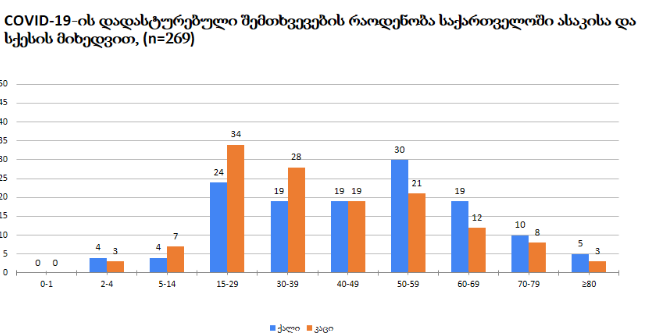 Coronavirus cases in Georgia according to age and gender. Blue columns stand for women, orange - for men. Photo: NCDC.

As of April 27 the number of coronavirus cases stands at 496.  149 people of the 496 have recovered, while six others have died.

339 people remain infected with the virus inside the country.