Tbilisi’s Project ArtBeat gallery will once again take to Art Dubai, a major global fair turning into a hub for contemporary creatives, to introduce notable Georgian artists Irakli Bugiani and Avto Meskhi to audiences in the city this month.

With over 90 galleries from 40 countries expected to exhibit at the annual United Arab Emirates-based show, the artists representing two generations of the Georgian scene will be in a wide-ranging company.

Displaying at booth B13, ArtBeat will show their works in the Contemporary section of the fair, with three other sections including Modern and Residents set up by organisers.

Their selection will showcase 1980-born Bugiani, known for his depictions of “impressionistic 'unfinished' seascapes, washed out portraits and collages of fragmented imagery”, as described by ArtBeat.

His work has also been summarised to explore “into the boundaries of fiction and historical fact of one's memory” and represent “interiors and exteriors of architecture empty of human presence”.

A graduate of the University of Dusseldorf and the Academy of Fine Arts in Karlsruhe, Bugiani has been involved in personal and group displays within Weltkunstzimmer in Duesseldorf and RichMix in London in 2015 and Crossing the boundaries, AT388 in Rotterdam in 2014.

Visitors and art professionals flocking to Dubai will also be introduced to works by Meskhi, praised as “one of the standout Georgian nonconformist artists of the 20th century” by the Tbilisi gallery. 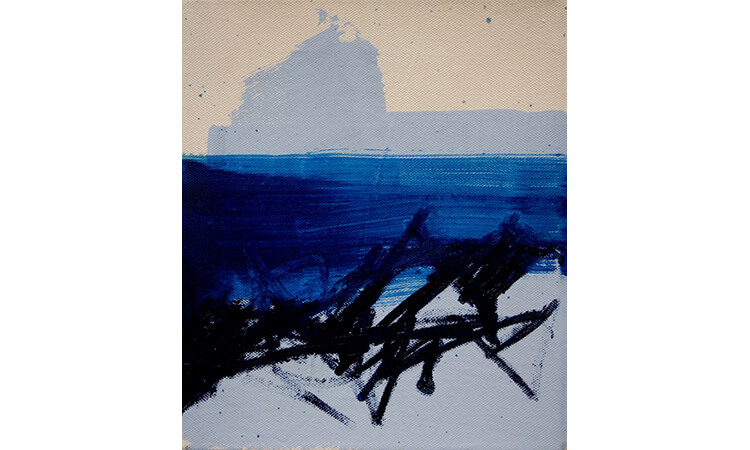 Even though he appeared in group exhibitions in the Soviet Union between the 1960s-1980s, Meskhi’s family was impacted by political repressions in the era, driving his creativity into a “surreal” state while the artist never engaged in overt dealing with political realities.

Displayed at venues in Tbilisi (Art Worker’s House, Baia Gallery, Dzveli Gallery), Meskhi was also featured in a group show Reframing the 80s at the National Gallery of the Georgian National Museum network.

With the 2019 display in Dubai, ArtBeat will continue introducing contemporary Georgian creatives to wider audiences beyond Georgia. Last year the gallery brought Konstantin Mindadze and Lado Pochkhua to the international fair.

Founded in 2014 in Tbilisi, the gallery seeks to present curated works of “mid-career and emerging” artists to wider audiences through its online platform and international displays.

While operating a Moving Gallery project bringing artwork to various locations throughout Georgia, ArtBeat also opened a permanent space in Tbilisi in 2017.

This year’s Art Dubai will be open for visitors between March 20-23.