Georgian Prime Minister Giorgi Gakharia has responded to ongoing protests at parliament and stated that ‘irresponsible politicians are trying to block not a particular institution, but the state.”

Even though several irresponsible politicians believe that attacking police, breaking into-parliament or blocking the work of the legislative body  is their freedom of expression, we, the state government, fully realise the importance of the democratic development of the country and our response to such actions will be fully in line with the law, full of responsibility to our citizens and reasonable,” Gakharia said.

He has urged ministers to make  all possible efforts not to allow the “destructive actions of the opposition”  to influence the effective work of state institutions.

The effective work of the state institutions is essential to meet the responsibilities taken before our people,” Gakharia said.

He stated that the “freedom of expression is fully protected in the country." 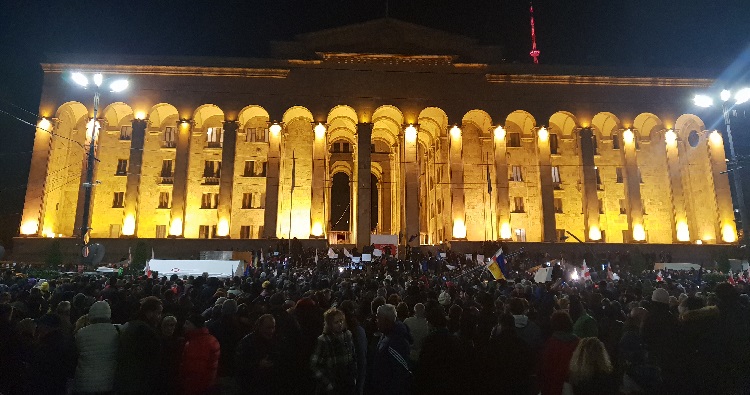 Police used iron fences earlier today to block off the streets near parliament in order to prevent demonstrators from disrupting parliament work.

The opposition and civic activists, who have been protesting the rejection of the election reform bill since November 14, had plans to prevent  MPs from entering parliament.

40 ruling party MPs refused to vote for the bill, causing its rejection and accusations by the opposition [to the state leadership] of “breaking a promise and cheating people".

The opposition is now demanding  the conduct of 2020 parliamentary elections per the German mixed electoral model and  by an interim government.