Police have used iron fences to block off the streets near parliament in order to prevent demonstrators from disrupting parliament work.

The opposition and civic activists, who have been protesting the rejection of the election reform bill since November 14, had plans not to allow MPs in parliament.

The police closures have included Chitadze, the Brothers Zubalashvili, and Ingorokva streets.

The opposition says that the “barriers will not make us afraid,” promising the continuation of protests until the current state leadership allows the conduct of 2020 parliamentary elections per the German mixed electoral model and  by an interim government.

The Georgian Interior Ministry says that blocking the work of parliament is a violation of the law. Earlier efforts to block the parliament led to rally dispersals on November 18 and 26. 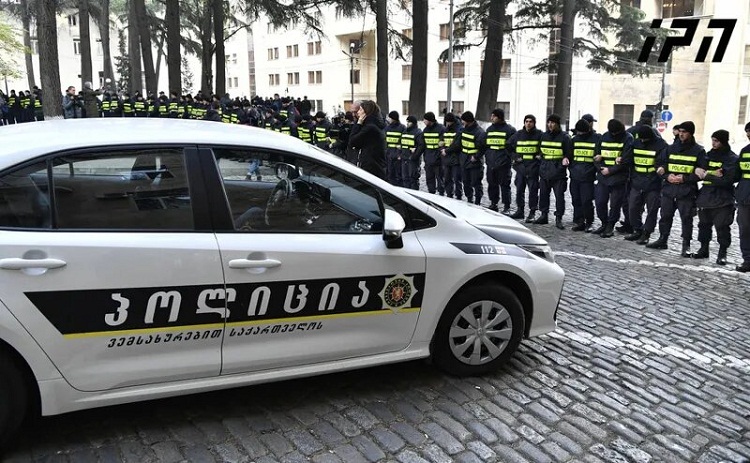 Police standing at Ingorokva street, near the administration building of the government of Georgia. Photo: IPN.

Head of the Patrol Police department Vazha Siradze says that police will stand at parliament and on nearby streets “until it is needed for normal functioning of the body.”

He said that police have removed several individuals from the scene who were trying to block the entrances of parliament earlier today.

MPs and journalists are able to enter the parliament. Over the past several days police were urging people not to violate the law and not to hamper the work of parliament. However,  they refused to stick to the law and instead were trying to break the police corridor and attack law enforcers. The iron barriers were erected to protect law enforcers from violence,” Siradze said.

Georgian Prime Minister Giorgi Gakharia has stated earlier today that the “destructive actions of irresponsible politicians aim to block not a particular institution, but a state.” 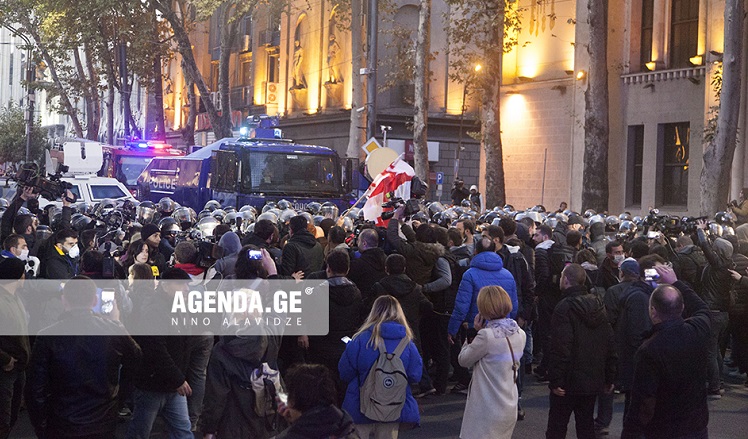 Police have dispersed a rally two times earlier this month as demonstratots blocked the work of parlaiemnt. Photo: Nino Alavidze/Agenda.ge.

He urged the Cabinet of Ministers to “double efforts” for the effective functioning of state institutions.

Interior Minister Vakhtang Gomelauri urged the opposition to return to parliament and discuss their demands there “not on the streets.”

40 ruling party MPs refused to vote for the bill, causing its rejection and the accusations by the opposition [to the state leadership] of “breaking a promise and cheating people".