Ruling party, opposition may meet amid Tbilisi protests on offer of diplomatic corps

The diplomatic corps in Georgia has offered to orchestrate a meeting between the ruling party and the opposition which may take place early tomorrow, former Parliament Speaker, the ruling Georgian Dream (GD) party MP Irakli Kobakhidze has stated.

Kobakhidze says that the meeting, which comes amid protests in Tbilisi sparked by the rejection of the election reform bill on November 14, will discuss the German electoral model for 2020 elections among other issues, which is demanded by the opposition.

He said that foreign diplomats will attend the meeting.

The EU Ambassador to Georgia Carl Hartzell says that “he is happy” the meeting will take place.

He said that it is time “the parties speak less about one another and speak more with each other.” 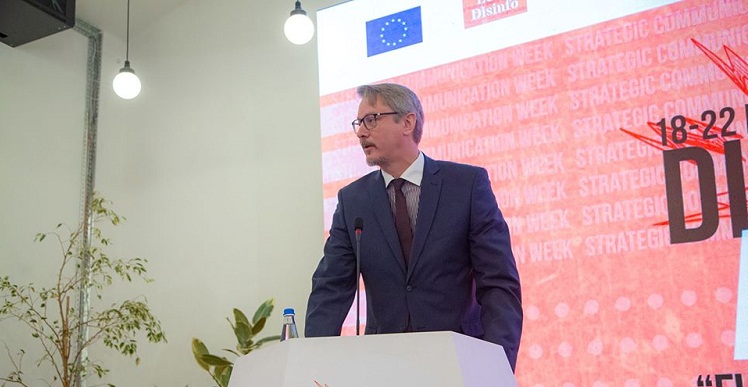 Leader of the European Georgia opposition party Giga Bokeria said that if the meeting will concern the transition to a proportional electoral system, “as it was promised by the ruling party, we are, of course, ready to get involved.”

40 ruling party MPs refused to vote for the bill, causing its rejection and accusations by the opposition and demonstrators [to the state leadership] of “breaking a promise and cheating people".

The ruling party leaders said that they tried to assure the MPs to vote for the bill, but failed to achieve the goal.

The opposition is now demanding an early parliamentary elections by an interim government, per the German model, which distributes seats in the legislative body based on the votes received in a party-list [proportional] voting.