The Georgian parliament has approved candidates for top parliamentary posts earlier today after several MPs of the ruling Georgian Dream (GD) quit the party due to the rejection of the GD-proposed election reform bill on November 14.

The opposition and independent MPs did not participate in the voting.

GD MP Gia Volski has been approved as the first vice-speaker of parliament, while fellow MPs of the same party Mamuka Mdinaradze and Giorgi Kakhiani as deputy chairs of parliament.

Kakha Kuchava, who was also nominated for depute head of parliament, will be voted tomorrow. 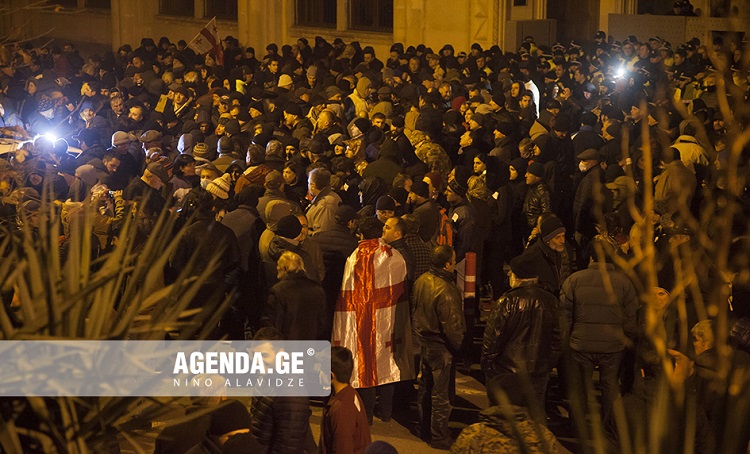 The opposition says that rallies will continue until the current state leadership meets the demands of protesters. Photo: Nino Alavidze/Agenda.ge.

Genadi Margvelashvili has become the head of parliament’s Education Committee, David Songhulashvili will chair the Euro Integration Committee and Irakli Beraia – the Committee of Foreign Relations.

The candidates for the heads of Environmental and Procedural Issues Committees will be voted tomorrow.

The opposition has boycotted the process as they are on the streets, protesting the rejection of the election bill.

Independent MPs said that they did not want to participate in the voting.