The BBC, Washington Post and Deutsche Welle have released news on the ongoing Tbilisi protests which were sparked after the rejection of the election reform bill on November 14.

BBC has cited campaigners as saying that the current, mixed-electoral system in Georgia favours the ruling Georgian Dream party, which has been in power since 2012.

Protesters blocked several entrances to parliament, in order to stop politicians being able to enter for a session on Tuesday,” the BBC writes.

Deutsche Welle says that riot police have used water cannons to scatter dozens of protesters gathered near Georgia's parliament early on Tuesday, as they tried to blockade parts of the building and prevent lawmakers from entering later in the day. 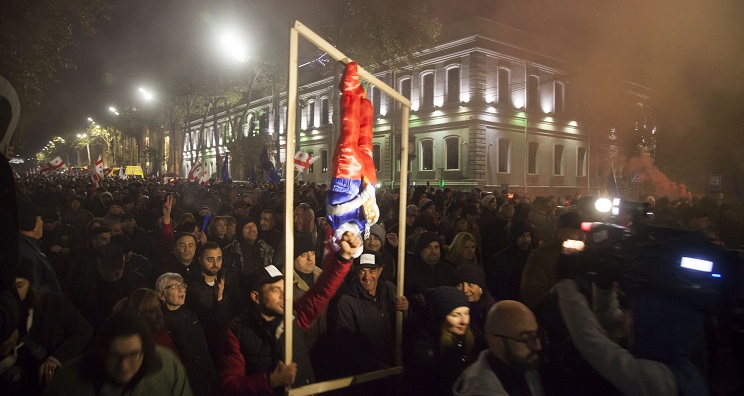 The Washington Post reads that thousands of people are demonstrating in front of parliament in the country of Georgia, demanding that the government step down and early elections be held.

Daniel Balson, Europe and Central Asia Advocacy Director at Amnesty International has tweeted that the US is “closely following” events in Tbilisi.

As police move to break up protests in Georgia, @amnesty has been clear: security forces must respect the rights of demonstrators to peacefully assemble and express dissent. https://t.co/UKfvjIdDCj

Police have dispersed a rally on central Rustaveli Avenue for the second time starting the rejection of the bill on November 14 which offered the transition to a fully proportional electoral system starting 2020 instead of 2024.