The National Bank of Georgia (NBG) has issued 5 GEL gold and silver collectors coins, dedicated to the Georgian national rugby team, as the Georgian Lelos are joining the Rugby World Cup in Japan from September 20 to November 2.

The front side of the coin represents a rugby player with a ball and "Borjghali", which is the logo of the Georgian National Rugby Union. It reads "Rugby World Cup" in Japanese and English, "2019" and "5 Lari" in Georgian.

The other side depicts the beginning of the "Leloburti", an ancient traditional Georgian game, with ball thrown in the air and hands striving to catch it. On top it reads "Lelo" and on bottom - "Georgia" both in English and Georgian. 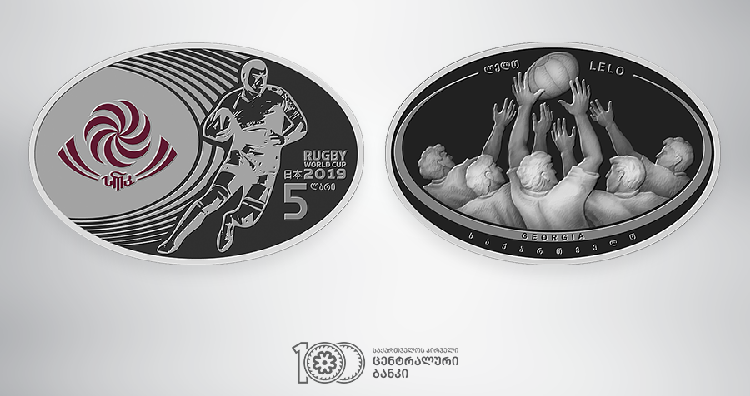 The coins were designed by Mamuka Gongadze and Nita Gongadze. Photo: National Bank of Georgia

The new coins were stuck by the Lithuanian Mint. Both coins are oval, like a rugby ball and differ only in colour.

The coins are already available at the cash centre of the NBG, in the Money Museum in Kvareli and online.