Russian president Vladimir Putin’s decision to ban flights to Georgia amid the protest rallies in Tbilisi following a Russian delegation’s recent visit to Georgia has caused even wider public solidarity among the local population against the Russian occupation.

A number of people and companies have expressed their willingness to help those injured during the clash between police and protesters on June 20, as well as to support and encourage Georgian companies which may be affected by the end of flights between Tbilisi and Moscow. 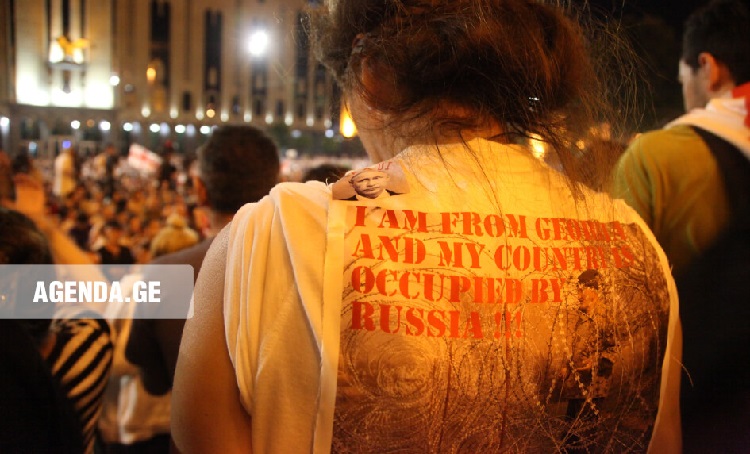 A young participant is seen with a shirt bearing a message condemning the presence of Russian troops in Abkhazia and Tskhinvali (South Ossetia) and the erection of barbed wire administrative boundaries separating Georgian-controlled territory from the two regions. Photo: Nino Alavidze/Agenda.ge

Konstantin Sulamanidze, a doctor of plastic and aesthetic surgery of the Total Charm clinic said he and his team will be happy to receive those affected during the recent clash with police free of charge.

Fifth Season Hotel suggests imposing a 20% tax on Russian citizens who do not condemn Russia’s occupation of the two Georgian regions of Abkhazia and Tskhinvali (South Ossetia).

Every Russian citizen who does not condemn Putin's Russian imperialist regime will be added tax on our country's occupation by 20%!” the Fifth Season Hotel wrote on its official Facebook page.

Under the slogans “Russia is an Occupier” and “No to Russia” estate agent REMAX Capital said the company will not provide their service to Russian citizens looking to buy real estate in Georgia.

We call on our colleagues to join our initiative! Let the sale of property be closed to Russian citizens!” the company stated.

Not any citizen of any country will be able to buy an apartment in the complex of the Horizons Batumi if they do not confirm the point set out in our contract”, the company announced.

It said the main point of their contract is that the buyer should recognise the territorial integrity of Georgia and consider Abkhazia and Tskhinvali as Georgian regions.

He said he will spend a week in August with his family in a Georgian hotel instead of travelling abroad. 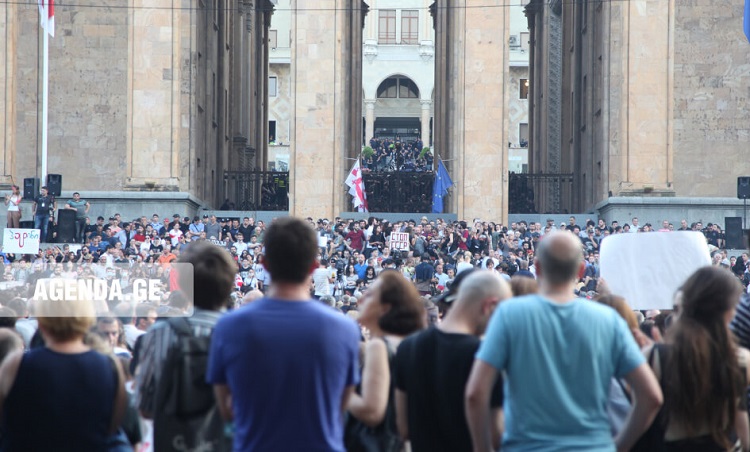 A view of the crowd in front of the Parliament of Georgia. Thousands were present in the location on both days of protests. Photo: Nino Alavidze/Agenda.ge

Duma MP Sergei Gavrilov's appearance at the Georgian parliament on Thursday sparked protests from political figures and citizens outside the parliament building and preceded their recurring physical clashes with police on Rustaveli Avenue throughout the night of June 20-21.

Official Russian reaction to developments in Tbilisi have included calls for boycotting tourism and trade goods with Georgia and demands for Russia's participation in the investigation of recent events.