The peaceful demonstration in front of the parliament of Georgia that followed a Russian State Duma MP speaking from the Georgian parliament speaker's chair on June 20, has resumed at 7 p.m. today.

Composed largely of young demonstrators, the crowds are now marching on Rustaveli Avenue in central Tbilisi in a sign of a peaceful protest. 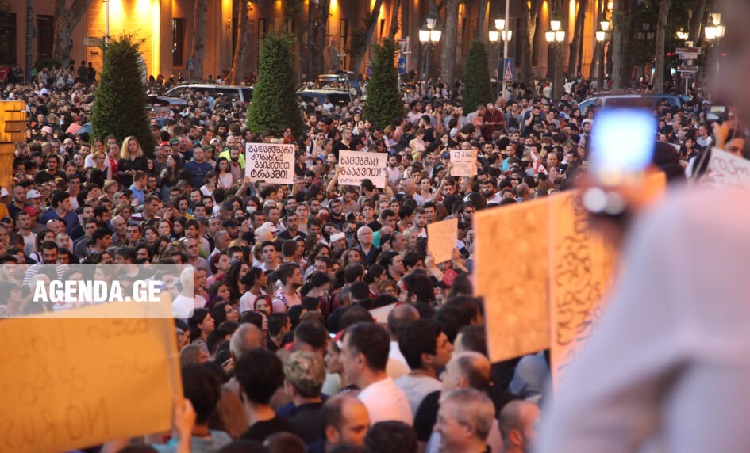 Their demands remain unchanged and include:

They will gather again at 7 p.m. every next day until their demands are fulfilled. ​​​​​​​ 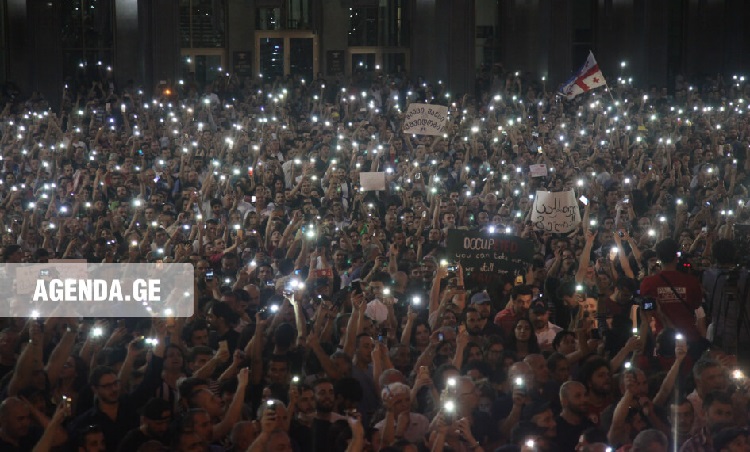 June 22 rallies again feature much less participation of political leaders of the opposition, and more emphasis from common citizens and youth.

However, after a long-day negotiations the civilians gave opportunity to some of the opposition leaders to shortly express their views, but to avoid political manipulations.