A four-year-old child has died in hospital after a Tbilisi residential building explosion rocked Tbilisi several hours ago. Doctors say the child was in a critical condition when he was brought to Imedi Clinic.

Among the injured are six minors and two middle-age individuals-a man and a woman, based on the latest information.

Flags on state buildings will fly at half staff tomorrow.

Georgian President Salome Zurabishvili, who visited the injured children in the Iashvili Clinic, stated that their lives are not at risk.

She said that she is deeply affected by the tragedy and offered her condolences to the families of those who died. 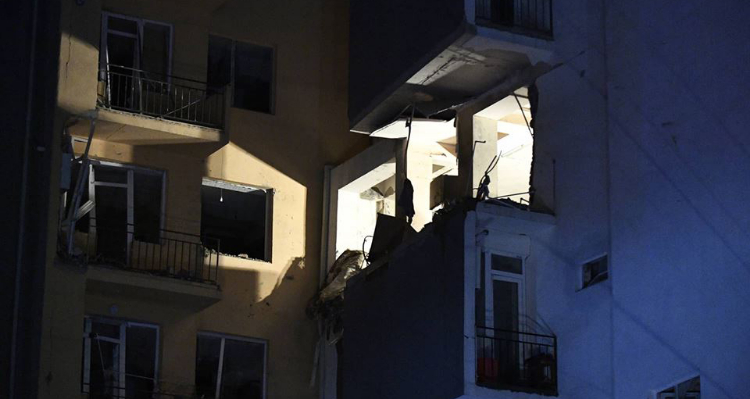 The residents of the building where the explosion took place will be allowed into their flats for several minutes to take the most necessary things. Photo: IPN

The local authorities will accommodate them until the building is checked for safety and mandatory work is carried out.

Three people have been killed and at least five injured in a powerful explosion in the Didi Digomi district of Tbilisi about two hours ago – among the injured four are children.

A gas leak may have caused the explosion. Nearby buildings were also damaged in the blast, locals say.

The evacuation of people from the building where the explosion took place has ended.

Prime Minister Mamuka Bakhtadze and Tbilisi Mayor Kakha Kaladze are at the scene.

One has a skull trauma, but fortunately there is no need of surgical intervention. Another is being transported from the Imedi clinic and his health condition, as far as I know, is critical,” Sergeenko said. 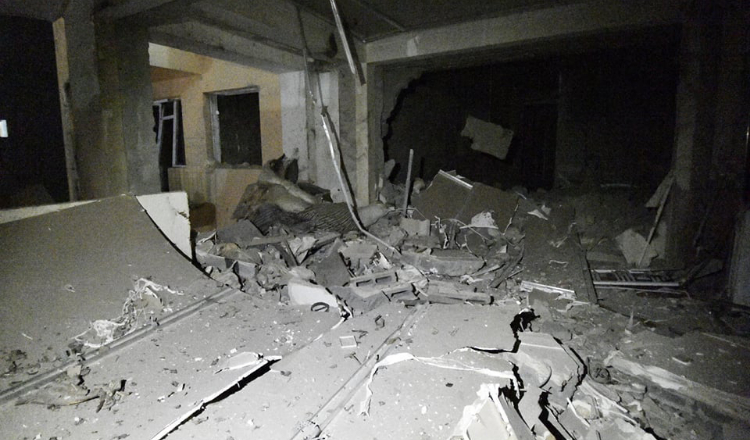 The explosion took place on the sixth floor of a nine-storey building. Photo: IPN

Residents told the media that there was a strong gas smell present in the building throughout the day. Employees of gas provider company Kaztransgas came to the building to check for a leak, but left the scene after finding that nothing was wrong with the gas infrastructure

Patrol police, rescuers and emergency brigades are at the scene.

The staircase inside the building has been destroyed, as well as the walls of several flats.

A residential building has exploded due to an alleged gas leak in Didi Digomi district of Tbilisi.

Three deaths have been confirmed, several have been hospitalised.

Rescue workers are currently trying to extinguish the fire and evacuate people from the building.