Georgian citizen Archil Tatunashvili, who died in unclear circumstances in occupied Tskhinvali (South Ossetia) region on February 23, will be buried in his village cemetery on Saturday.

Tatunashvili’s body was finally returned to his family 26 days after his death as the de-facto Tskhinvali administration had refused to hand it over before an autopsy.

Sozar Subari, Georgian Minister of Internally Displaced Persons from the Occupied Territories, Accommodation and Refugees said yesterday that those 26 days were difficult for everyone.

It is always hard when a person is illegally detained and practically kidnapped, then allegedly tortured and killed”, Subari told Imedi TV last night.

Subari said it is even worse when the body is not returned to the family because of political reasons. He believes the de-facto Tskhinvali authorities could have carried out an autopsy immediately after Tatunashvili’s death so that the body could have been returned to Tbilisi-administered territory much earlier.

According to the results of the Russian autopsy that de-facto Tskhinvali officials gave to the International Committee of the Red Cross while transferring the body, Tatunashvili died of acute heart failure caused by myocardial ischemia on February 23.

Moreover, the autopsy claimed he suffered from cirrhosis of the liver and chronic hepatitis. 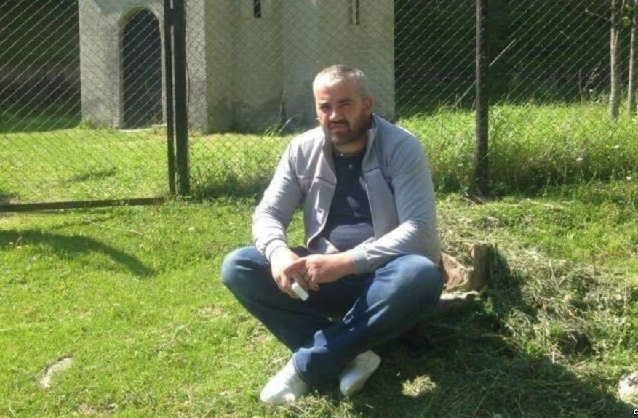 Tatunashvili and two other Georgian citizens were detained in the occupied Akhalgori area by Russia-controlled border guards on February 22. Photo from RFERL

However, those who attended the wake in the Georgian village of Tsilkani last night said Tatunashvili had serious bodily injuries.

Governor of Akhalgori Nugzar Tinikashvili also reported that Tatunashvili’s body has some injuries on his hands and face. However, it is now up to the Georgian investigation to reveal the extent of the damage.

After Tatunashvili’s body was taken out of occupied Tskhinvali with the help of the International Committee of the Red Cross, it was delivered to the Levan Samkharauli National Forensics Bureau for further study.

Ketevan Tsikhelashvili State Minister for Reconciliation and Civic Equality said Georgia remains committed to its peacemaking policy, but will not accept any cases of human rights violation.