A lawyer from NGO Human Rights Centre has told the media that Archil Tatunashvili, a Georgian citizen killed by Russian-controlled border guards in February, was returned to his family with his bodily organs missing.

Lawyer Tamar Avaliani, who accompanied Tatunashvili’s father to the Mtskheta Prosecutor’s Regional Department, told the media on Monday that the Tatunashvili family has addressed the Georgian government to demand the de facto leadership of Tskhinvali to transfer the organs and accompanying medical documentation.

Otherwise it will be difficult for the investigation [being conducted in Tbilisi] to clarify the exact reason of death,” Avaliani told the media after spending nine hours in the prosecutor’s office. 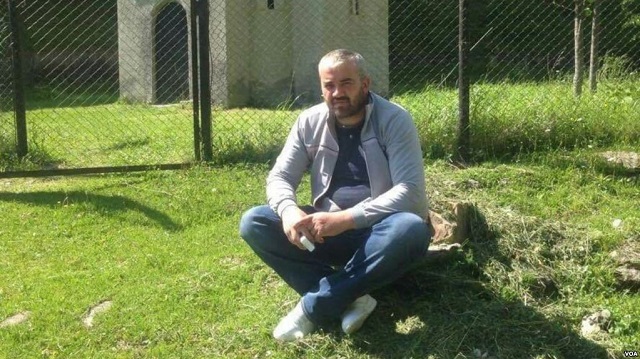 Local Tskhinvali media reported that Tatunashvili had a clash with prison guards.

Tatunashvili, a 35-year-old Georgian soldier, was illegally kidnapped by Russian-controlled border guards stationed in Tskhinvali on February 22 and died the next day.

Local Tskhinvali media reported that Tatunashvili was detained for his participation in the Russia-Georgia 2008 war. However, Tatunashvili was serving at that time in a peace mission in Iraq.

Georgian officials and the family stated that the body returned after about a month and displayed signs of torture;Tatunashvili’s index finger on the right hand had been cut off.

Learn additional details about the high-profile case which has triggered international outcry here.