Georgian soldier Archil Tatunashvili, who died in unclear circumstances in occupied Tskhinvali (South Ossetia) region a month ago, has been laid to rest with the military honours today.

Hundreds of mourners including the president, government and parliament officials attended the funeral of Tatunashvili this morning.

Today we have buried our honourable compatriot Archil Tatunashvili. At the same time we have seen the real face of the occupant, which is a kidnapper and torturer”, President Margvelashvili said.

Margvelashvili also said that the refusal to transfer Tatunashvili’s body to Tbilisi-administered territory for such a long time after his murder has been an even greater evil. 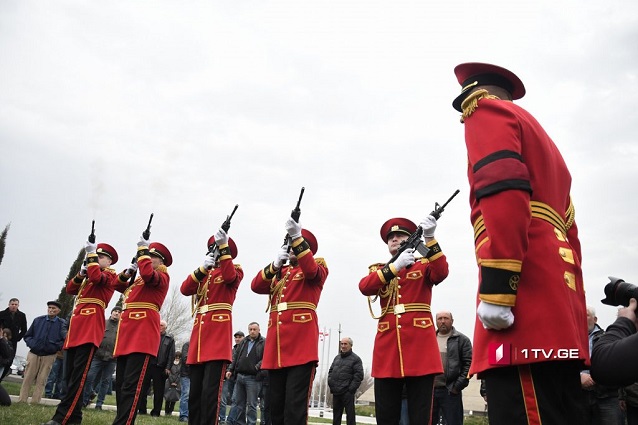 Junior Sergeant Tatunashvili, who had served at the Georgian armed forces in 2007-2011, was buried at the Mukhatgverdi Cemetery in Tbilisi. Photo from 1tv.ge