The parliament of Georgia has adopted a joint resolution on the case of Georgian citizen Archil Tatunashvili, who was reported dead in unclear circumstances in occupied Tskhinvali on 23 February.

Of 110 MPs, 106 voted for the resolution, including members of both the parliamentary majority and minority.

Today the Parliament of Georgia has adopted a very significant resolution with large-scale consensus concerning the blatant violation of human rights by Russia in Georgia’s occupied territories,” Parliament Speaker Irakli Kobakhidze has stated.

Kobakhidze stated that the resolution condemned:

The resolution also demanded that the Russian Federation not hinder a fair investigation into Tatunashvili’s case and to not create obstacles for the punishment of Otkhozoria’s murderer,” Kobakhidze said. 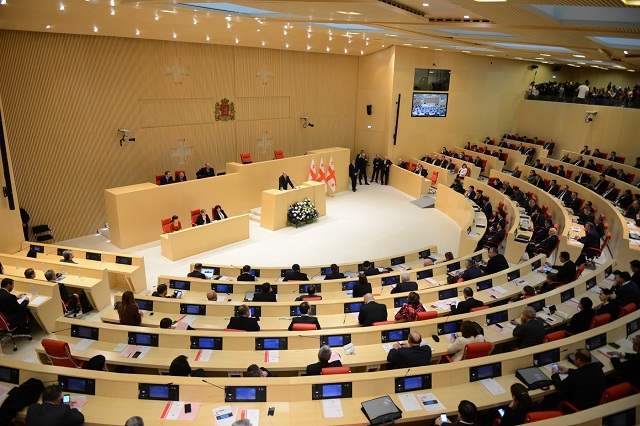 Both majority and minority members supported the resolution.

The parliament speaker announced that the resolution demanded the fulfilment of the Russia-Georgia 2008 ceasefire deal, the cancellation of Russia’s illegal recognition of Georgian regions as independent states and permission for international missions to be set up in the occupied territories.

The resolution also called upon Russia to act constructively within the Geneva International discussions and ensure return of Georgian IDPs to their homes.

Only United National Movement opposition members refused to vote as they had "two more remarks” to the resolution, which had not been taken into consideration.

Roman Gotsiridze from the opposition party stated that one of the remarks concerned the making of a longer list of offenders to avoid sanctioning only those individuals who could already be imprisoned.

The opposition also asked for the launch of communication with the United States and the European Union to sanction Russian for its violation of the Russia-Georgia post 2008 war ceasefire deal.

The majority  leader Archil Talakvadze said that the United National Movement was not "brave enough” to support the resolution.

According to the resolution, the Government of Georgia will be obliged to come up with a list of individuals who have violated the human rights of Georgian citizens in Abkhazia and Tskhinvali by June 15, 2018 and the international community will be called on to take appropriate measures against those included on this list, also known as the "Otkhozoria-Tatunashvili” list.