Kutashvili and Pavliashvili were illegally detained on February 22 together with Archil Tatunashvili, who died in unclear circumstances on February 23.

The two could not leave the occupied territory due to the fact that their identification documents had been confiscated.

Having left the occupied Akhalgori this evening, they will now return to their families on Tbilisi-administered territory. 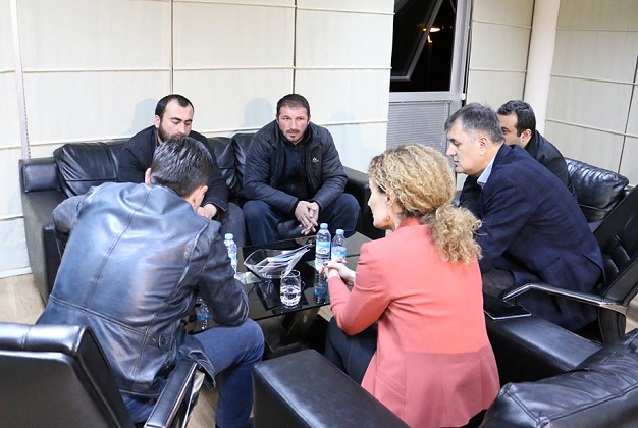 Seventeen days after Tatunashvili’s death, Tskhinvali refuses to hand over his body to his family for burial.

Georgian Prime Minister Giorgi Kvirikashvili has urged the leadership of the Russian Federation to take joint steps and resolve this "complicated situation”.

The Patriarchate of Georgia has announced that on the request of the Georgian Patriarch Ilia II Russian Patriarch Kirill has become involved in the body-transfer process.

The United States, NATO, the European Union, a number of other countries and almost all international organisations had urged Russia and the de-facto leadership to hand over Tatunashvili’s body to his family and allow Kutashvili and Papunashvili to return freely across the occupation line.