The Georgian ‘Lelos’ handed a defeat to Romania 25 to 16 at Dinamo Arena. 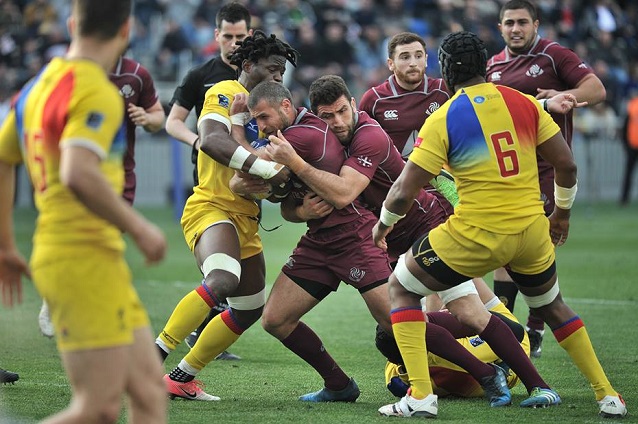 The Romanian Rugby Union praised the performance of both teams. 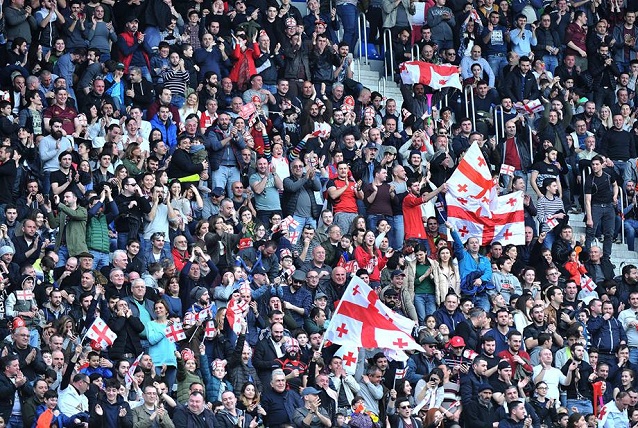 It has been Georgia’s fifth victory in a row defeating: 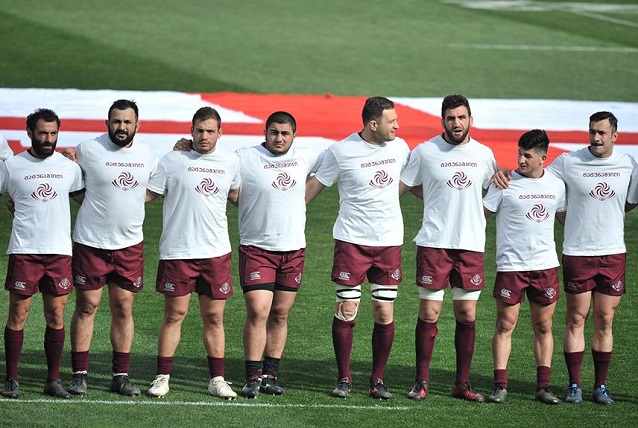 The ‘Lelos’ wore white during the national anthem with the name of Georgian citizen Archil Tatunmashvili, who died in unclear circumstances in Georgia’s Russian occupied region of Tskhinvali on February 23. Photo TBC Bank Facebook page

Having led the team to victory during all previous games of the tournament, the captain of the Georgian ‘Lelos’ Giorgi Nemsadze had earlier called on fans to come to Dinamo Arena and perform the national anthem with the team.