Independence Day events: What to do on May 26

Georgia is preparing to celebrate Independence Day on May 26 with a wide range of cultural, educational and entertainment activities that are planned in capital Tbilisi as well as regional cities.

The country-wide activities will be themed after the anniversary of the birth of the iconic, 12th century poet Shota Rustaveli.

The date, marked on May 26, will coincide with 850 years since the birth of the Georgian poet who penned the iconic poem The Knight in the Panther’s Skin. The slogan of this year’s Independence Day will be ‘I come from the country of Rustaveli’.

Everyone is invited to attend the celebrations and enjoy the activities on offer, where different motifs from The Knight in the Panther’s Skin will be featured. 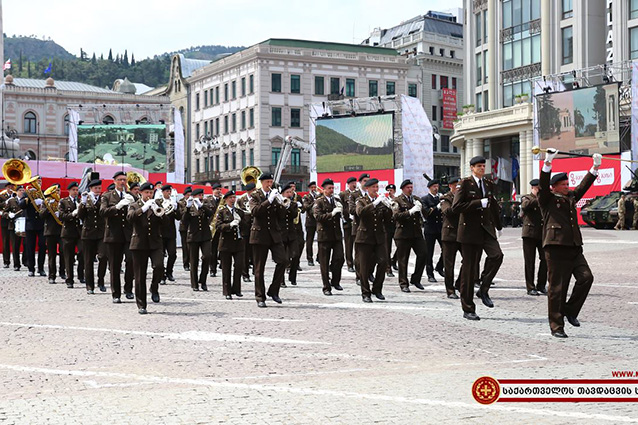 The celebration will start at 11 a.m. on Rustaveli Avenue, where alongside with the state offices, around 80 entrepreneurs, including those engaged in program ‘Produce in Georgia’, will showcase the most striking achievements of the year.

Among the principal occasions marking the date will be the annual ceremony involving new recruits of the Georgian Armed Forces taking their oath on the capital city’s Freedom Square. The ceremony of recruitments oath will start at 12pm, which will be followed by the exhibition of military equipment.

A special channel has been created on Twitter to mark Georgian Independence Day, where you can join in the celebrations and share your photos and impressions.

Take a look at some photos from previous years' #May26 celebrations and get ready for more this year! #OurDay#Rustaveli850pic.twitter.com/hi5rOAdBM3

Meanwhile, along Rustaveli Avenue different events will take place such as children’s concerts, quiz on the topic of The Knight in the Panther’s Skin, electronic music, creation of paintings by artists. 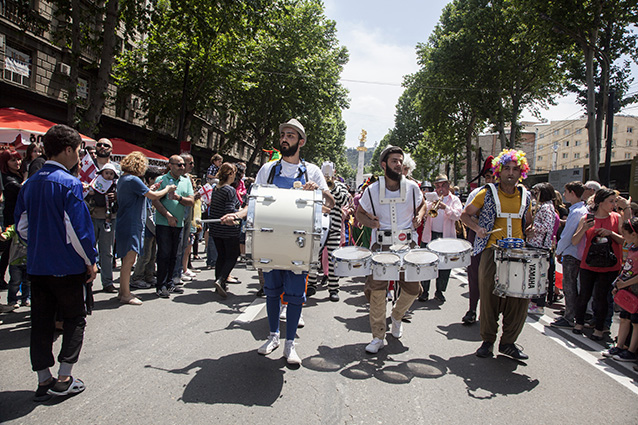 Theatre troupes and performing bands were seen celebrating the anniversary among the crowds on Rustaveli Ave. Photo by N. Alavidze/Agenda.ge.

At 17:00 there will be held a fundraising auction of paintings by Georgian artists to support the Solidarity Fund of Georgia. Also, accessories decorated with the scenes from The Knight in the Panther’s Skin will be sold during the event.

The famous poem will also be the inspiration of products crafted by the startupers at Techno Park area, which will be decorated with the scenes from The Knight in the Panther’s Skin.

There will be held archaeological activities for children, such as painting in sand – illustrations of characters and scenes from The Knight in the Panther’s Skin, construction of the Castle of Devils (Kajeti Castle). The events will also include participation in parchment aging process. A large-scale royal chess will be available with the images of the characters of The Knight in the Panther’s Skin. 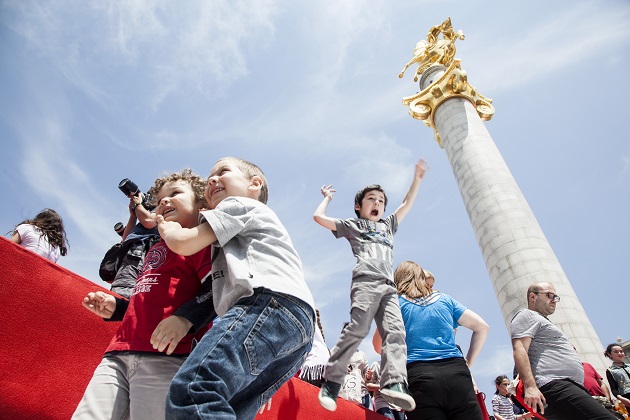 Number of events are planned for children this year. Photo by N. Alavidze/Agenda.ge.

For the first time, the state institutions will be joined by the private sector in organisation of May 26. There will be a Startup market, which will offer exhibition and sale of the thematic products manufactured by startupers and experienced entrepreneurs.

A Robo city will be arranged on Rustaveli Avenue, where people will see a ‘fairy tale of trolls’ robot performance and many other related activities.

Number of Georgian companies will also join the celebration with their installations and events dedicated to the Independence Day and its main theme – the Knight in the Panther’s Skin.

The events will be crowned by the gala concert at Rose Square which will start at 21:00.