Georgian anthem to be played across Georgia on Independence Day

The Georgian anthem will be heard in all towns of Georgia, in public transport and squares at 17:10 on May 26, on the Day of Independence of Georgia.

17:10 is the time when the head of the First Democratic Republic of Georgia Noe Zhordania signed the document proclaiming the country’s independence.

The anthem will be the culmination of the day,” the organisers of the Independence Day events say.

Georgia marked the 100th anniversary since the creation the First Democratic Republic of Georgia last year. 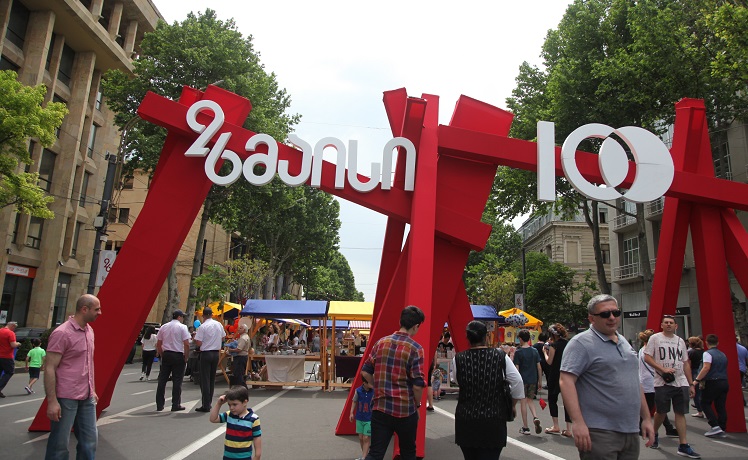 Everyone is welcomed to join the May 16 events in Tbilisi and regions. Photo: Nino Alavidze/Agenda.ge.

The DRG was created after the collapse of the Russian Empire that began with the Russian Revolution of 1917.

Facing permanent internal and external problems, the young state was unable to withstand invasion by the Russian Red Army, and collapsed between February and March 1921 and became a Soviet republic.