From Tbilisi to Mestia, here is how Georgia will celebrate Independence Day this Sunday

Georgian cities across the country will be marking Independence Day this coming Sunday with a range of events and activities from historical exhibitions, educational games, craft displays and music shows.

In over a dozen locations, from capital Tbilisi to winemaking city of Telavi, highland province of Svaneti and Black Sea regional centres, artists, innovators, farmers and professionals from various industries will host visitors in public celebration of the May 26 date.

Some of the highlights of the upcoming day, marked after the date in 1918 when the newly independent First Democratic Republic of Georgia proclaimed the restoration of its independence from the Russian Empire, will include the following:

In the capital, new armed forces recruits will take their oath on Freedom Square starting at 12pm, while the Batumi State Maritime Academy will erect a mockup vessel where visitors will be invited to take photographs between 10am-7pm. 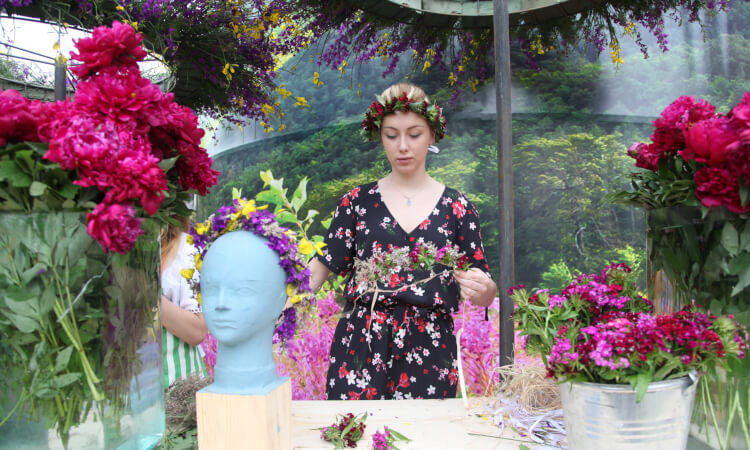 Floral displays and crafts will again be part of the celebrations. Photo: Nino Alavidze/agenda.ge.

While guests of the installation will also be able to control a ship using digital simulation, Academy students will teach them how to tie famous maritime knots within a display of tools themed after sea-faring. A band from the school will also be at the location to provide musical background for the entertaining shows.

Georgian universities, startup groups and tech agencies will bring their inventions to the public locations, from robots teaching languages using software to VR goggles offering a travel experience across Georgia.

Exhibitions showcasing inventors from history and current day will come to the celebratory event alongside products by Georgian startup developers, while chemical and engineering experiments and installations will enable visitors to see skills by university students.

Among these, the Tbilisi State University will set up a corner replicating an archaeological site and enabling visitors to find artifacts between 11am-6pm. The University’s geographers will also bring videogames themed on their field and involving a drone.

Installations and exhibitions themed on flora as well as shows ranging from zoology to mineralogy and architecture to design will be presented from TSU as well as the Georgian Technical University. 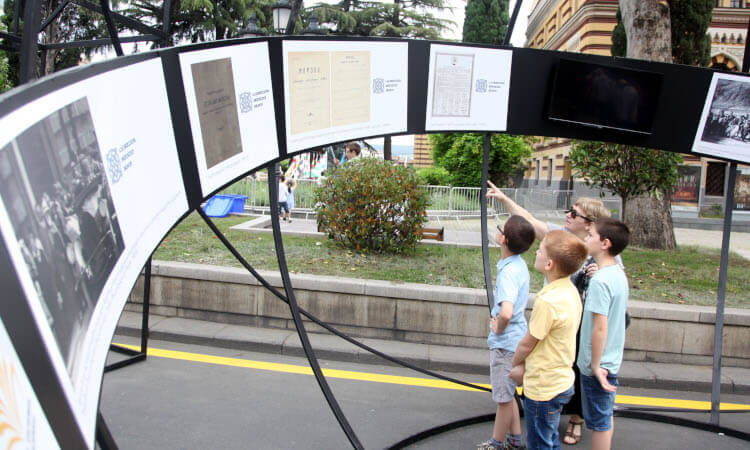 In a nod to winemaking as Georgia’s iconic national cultural tradition, the National Wine Agency of Georgia has selected archaeological exhibits, wine tasting and notes on local viticulture legacy for their corner of the May 26 celebration.

Art cafes, a Tbilisi Newcomers musical concert and sports activities will be some of the other attractions in Tbilisi throughout the day.

Over in the highlands of Mestia, the administrative hub of the Svaneti province, a two-day festival will celebrate Independence Day for locals and tourists with a theme of three locations representing different seasons and experiences.

The town of Mestia, with its iconic European Museum of the Year Award-nominated Svaneti Museum of History and Ethnography, has been picked alongside the Tetnuldi peak and Heshkili village for the variety.

In the former, film screenings and photographic displays will tell visitors about the history and personalities of Svaneti, a picturesque province of unique customs and UNESCO World Heritage sites.

A ski tournament held on Tetnuldi will join the celebrations, with winners awarded later in Mestia, while green areas on snow-covered mountains will welcome campers in Heshkili. 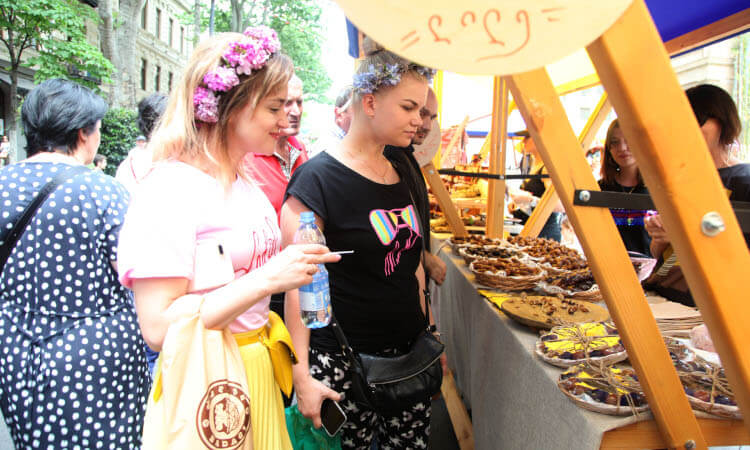 Visitors taste snacks and delicacies brought to the May 26 events in 2018. Photo: Nino Alavidze/agenda.ge.

A “colourful alley” with comfortable lounging areas and entertaining activities for visitors of all ages have been promised to guests of the latter location.

In Telavi, one of central cities of the winemaking province of Kakheti in Georgia’s east, many of the celebratory events will be predictably themed around Georgian wine and related customs.

Talks and documentary screenings around wine will be held at an open-air museum of qvevri, the clay vessels used for wine storage over thousands of years on the territory of modern Georgia.

Focus will also be placed on demonstrating production of chacha, a traditional spirit produced from remains of squeezed grapes, and churchkhela, a sweet snack made of nuts and grape juice, along with other Georgian products.

In other departments, military hardware will be exhibited in Telavi between 1pm-8pm, while craft exhibitions and sporting competitions will look to attract further guests.

Many other shows and activities will be held on Sunday in locations ranging from Kazbegi border customs checkpoint to the Black Sea coastline city of Batumi and the location of Akhalkalaki in Georgia’s south, to mark the independence date.