Georgia’s Independence Day celebrations will see citizens, state agencies and entrepreneurs participate in country-wide activities themed after the anniversary of the birth of the iconic, 12th Century poet Shota Rustaveli next week.

The date, marked on May 26, will coincide with 850 years since the birth of Georgia’s 12th Century poet who penned the iconic poem The Knight in the Panther’s Skin.

To celebrate the anniversary, a wide range of cultural, educational and entertainment activities are planned in capital Tbilisi as well as regional cities.

Among the principal occasions marking the date will be the annual ceremony involving new recruits of the Georgian Armed Forces taking their oath on the capital city’s Freedom Square. 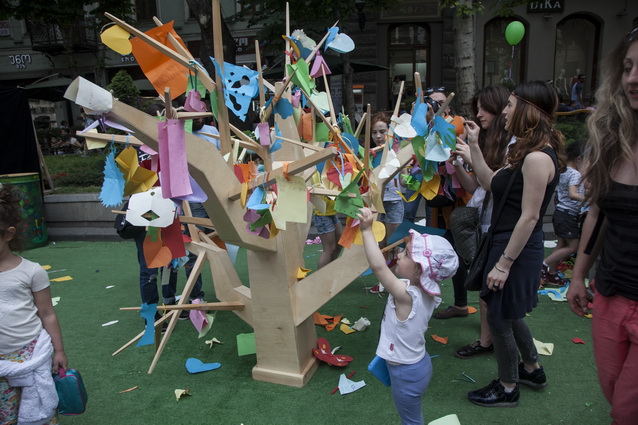 The celebration program will include amusement corners for children in Tbilisi. Photo: Nino Alavidze/Agenda.ge.

The military hardware equipping the troops will be exhibited on the adjacent Rustaveli Avenue, named after Georgia’s iconic writer.

The avenue will also host a fair of products by up to 80 Georgian entrepreneurs and startup companies, in addition to shows performed by theatre troupes and amusement corners for visiting children.

The celebration of the Rustaveli anniversary will be highlighted in an exhibition of some of the most unique editions of his poem. In addition, a charity auction will be set up to sell works by Georgian painters and accessories themed on the poet’s work.

Tbilisi’s City Hall will also set up audio book stalls for The Knight in the Panther’s Skin and provide copies of the poem in buses. 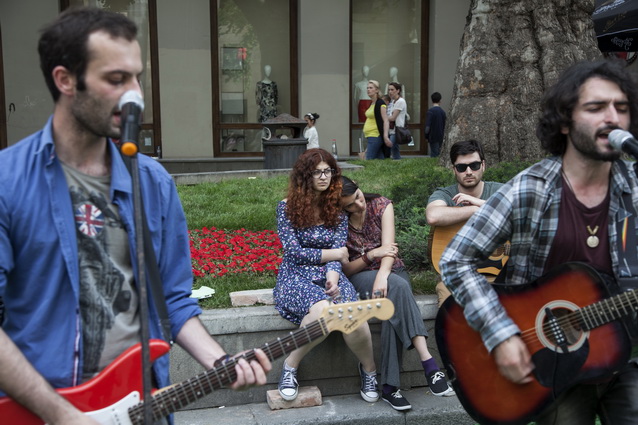 The city authority’s other plans include installations and performances involving characters of the poem, while another display will feature street art themed after the historical work.

Museum venues and libraries will mark their participation in the occasion by exhibiting creations by contemporary Georgian painters based on The Knight in the Panther’s Skin, as well as editions of the poem translated into over 50 languages.

Musical shows will welcome visitors on the Rose Revolution Square in Tbilisi, with sporting competitions rounding off the celebration program in the capital.

The festive activities will also extend to regional self-governing cities. 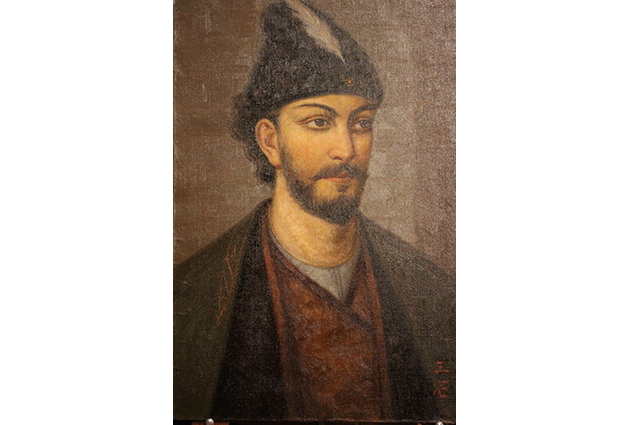 Many of the festivities will be themed after the anniversary of Georgia's celebrated Medieval poet Shota Rustaveli. Photo: Art Palace museum.

Shows involving professional colleges, exhibition of military hardware and exhibitions on history of Georgia’s ties with Europe will all be part of the program aimed at regions of the country.

Georgia's national Independence Day is marked after May 26, 1918, when the National Council of Georgia declared the country's independence from Russia and the creation of the Democratic Republic of Georgia.

The independence of the democratic state lasted for three years before Georgia's annexation by the invading Soviet armies in February 1921.

Citizens of Georgia also celebrate April 9 as the date of Restoration of Independence of Georgia. The day marks events on April 9, 1991, when the Supreme Council of Georgia declared the country's independence after 70 years of the Soviet rule.