"The countdown has started - in 364 days it will be possible to get in the Kutaisi International Airport with the new railway.”

With these words Georgia’s Prime Minister Giorgi Kvirikashvili switched on the countdown board yesterday at Kutaisi International Airport showing the remaining construction time of the new railway.

After laying the foundation for the new three kilometres railway, the PM said this was another step towards making Kutaisi an attractive touristic, logistic and transport centre of Georgia.

The new line will start from the capital of Tbilisi and reach Kutaisi International Airport. It will also be a part of the larger Georgian Railway network.

When the construction of new railway and its station is completed, all passenger trains moving from east to west and vice-versa will stop at Kutaisi International Airport – an airport which is known for its cheap international flights to other European countries. 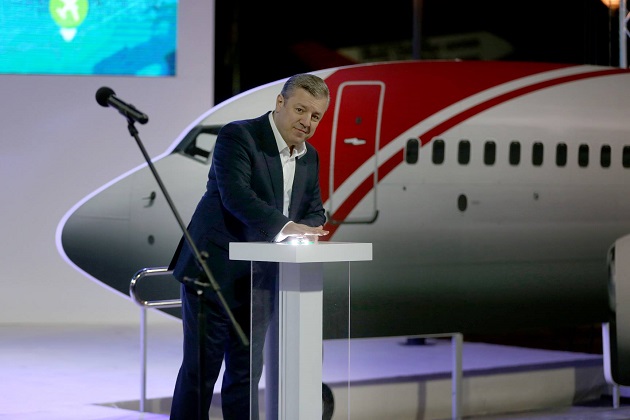 Together with this station Kutaisi International Airport will become the most important centre, where all our citizens will be able to enjoy affordable visa-free travel to Europe,” said Kvirikashvili.

Building the new railway to Kutaisi is part of the Government’s four-point reform agenda and Spatial Arrangement Plan, which aims at modernising infrastructural development in the country. 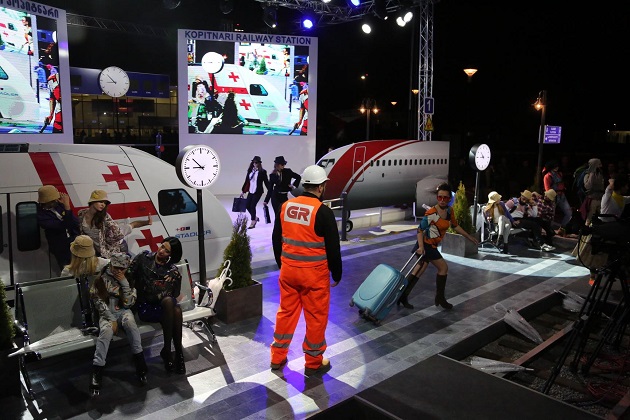 To mark the occasion of laying the foundation of the new railway the special performance took place at the Kutaisi Airport. Photo by the PM's press office.

At present, travellers through Kutaisi International Airport usually either take a direct shuttle minibus to Tbilisi, or a local minibus to Kutaisi, and then train or bus from there. The railway station that is closest to the airport is Kopitnari, about one kilometre away.

Both Tbilisi and Kutaisi airports have experienced strong growth in traffic in recent years as Georgia’s tourism boom continues.

Tbilisi is building a second terminal building, while Kutaisi recently marked the opening of many new direct flights to European cities, including London.