Fresh archaeological discovery at Georgia's ancient Black Sea coastline Petra Fortress has provided historians with insight of 6th century contest between the Byzantine and Sasanian empires, ahead of upcoming tourist development on the site.

The latest findings on the territory of the ancient stronghold were made "a few days ago", press office of Adjara Autonomous Republic Government Chair Zurab Pataridze announced today.

Located 25km north of regional capital Batumi, the fortress city dates back to 535AD and is located in today's Tsikhisdziri village, with latest round of archaeological work ongoing on its territory for the past two years. 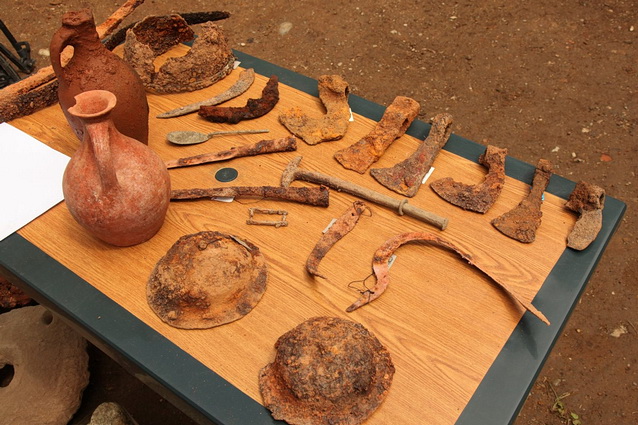 Today's announcement by the local government said the digs had resulted in discovery of ancient weapons, household items, work instruments and human remains.

The combat items include iron axes, short swords, spearheads and arrowheads, a helmet as well as fragments of chainmail armour and shield. 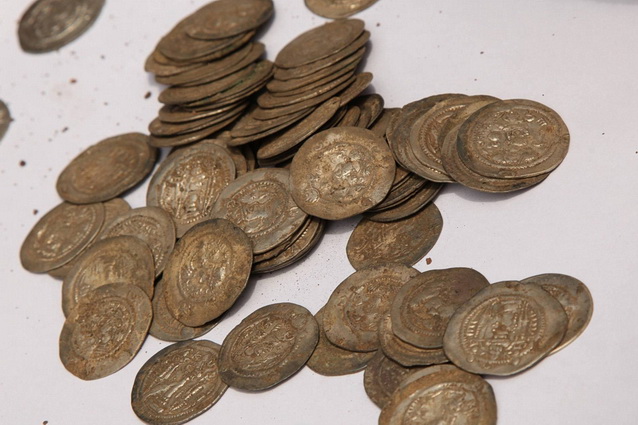 Other findings were ceramic items for daily usage, 95 silver coins and fragments of burnt human bones, indicating a destructive battle for one of the towers of the fort. The remains were well preserved due to absence of any effort to restore the tower following its destruction.

Archaeologists believe the battle on Petra territory was part of the 541-562AD Lazic War for the Egrisi Kingdom between the Sasanian and Byzantine empires. 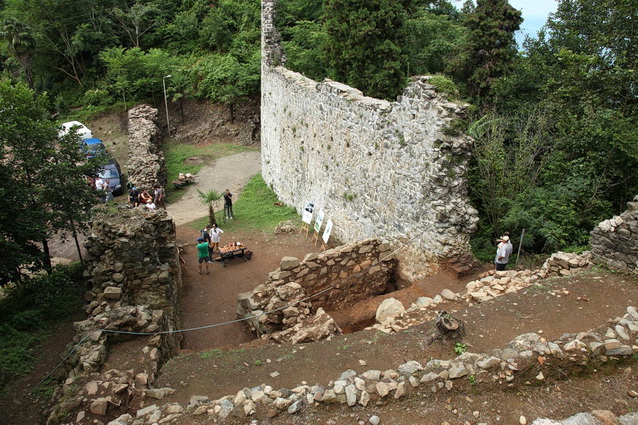 The site of the excavation at the fort. Photo: Adjara government chair press office.

The Petra Fortress served as an East Roman outpost on Black Sea in the 6th century. The site is promoted as one of the primary tourist destinations in Adjara, and was highlighted in a recent state tourism ad on seven destinations to visit in the region.

The area of the ancient fortress city is now subject of a 2 million GEL (about 835,000 USD/710,000 EUR*) ongoing governmental plan that involves building a visitor centre and opening "other tourist spaces" near the fort.