Restoration work in Georgia’s east has surprised historians with a fresh discovery of the grave of the prominent king of an 11th century eastern Georgian kingdom this week.

The tomb was unearthed within the walls of the Kalauri village St. John the Baptist Monastery, in the eastern Georgia’s Gurjaani Municipality.

Found during rehabilitation works on the 9th century monastery complex, the burial place featured an epitaph bearing the name of King Kvirike. 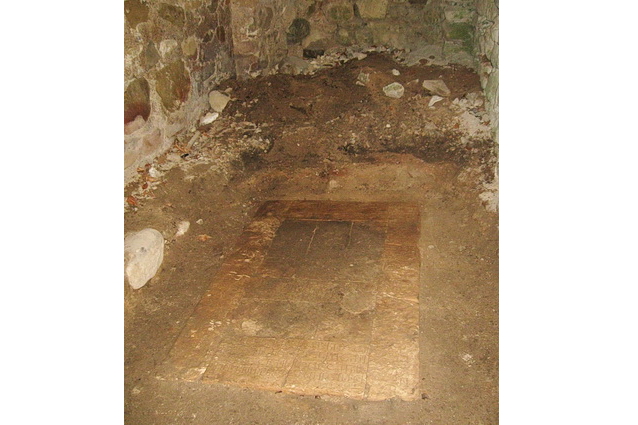 The burial place was unearthed in the southern section of the monastery. Photo: Cultural Heritage Agency press office.

Historians believe the finding is the grave of King Kvirike III, also known as Kvirike the Great, of the 11th century Kakheti-Hereti Kingdom.

A release by the National Agency for Cultural Heritage Preservation of Georgia said the epitaph featured an "extensive text in Asomtavruli [script]” referring to the monarch.

Kvirike III ruled in the eastern Georgian feudal kingdom of Kakheti-Hereti from 1014-1037, with his capital set in Telavi.

His reign marked the unification of the Kakheti and Hereti kingdoms but also separation from the rest of Georgia. 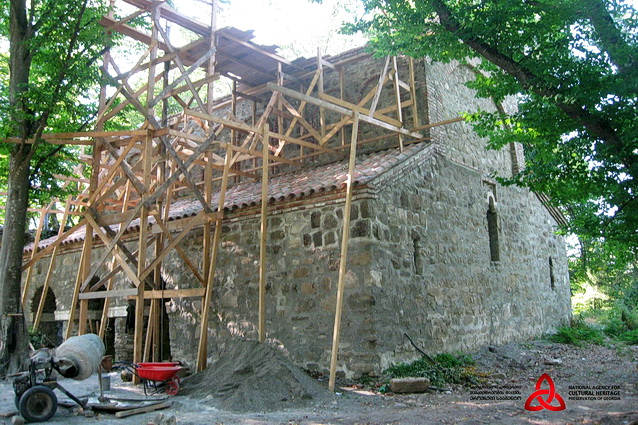 The discovery at the Kalauri village complex was made during ongoing restoration works. Photo: Cultural Heritage Agency press office.

However the king allied himself with princes of the united Georgian dominion against common threats, joining forces with King Giorgi I and King Bagrat IV in 11th century conflicts with the Byzantine Empire and Emir Fadl ibn Muhammad of Ganja respectively.

The Kakheti-Hereti Kingdom lasted as a sovereign entity until 1104, when Georgia’s King David IV annexed and merged it with his united Georgian domain.

The burial site of King Kvirike III, built with cut stone, was discovered in a portion of the monastery, in its southern section.

A copy of the epitaph is set to be studied by experts over the next few days, before the cultural heritage agency commences archaeological works on the site of the discovery.

The 9th century basilica complex includes a range of buildings for religious service and dining.

It had suffered partial structural disintegration due to neglect before the ongoing restoration work commenced in 2015.