’City of the Sun’ awarded at premier UK documentary fest

Director Rati Oneli's award-winning documentary City of the Sun received more international recognition on Tuesday as the jury team of Sheffield Doc/Fest documentary festival in the United Kingdom awarded one of the event's honours to the film.

The Georgian filmmaker appeared to festival-goers in an online message to accept the award.

Celebrating new forms of documentary storytelling on the big screen, the Art Doc Award is presented to City of the Sun via Skype message pic.twitter.com/9b1Hb4SUSW

City of the Sun was one of nearly 50 films screened in eight competition sections of the event promoted as "UK’s premier documentary festival" and hosting over 30,000 cinema enthusiasts annually.

[In his film] Rati Oneli looks at what remains amid the detritus of a small mining town in Georgia. Moving seamlessly between fact and fiction, landscapes and dreamscapes, he zooms in on the joys and toils of four different sets of lives", said a summary of the festival for City of the Sun.

Produced by Oneli and filmmaker Dea Kulumbegashvili, the film is a co-production between the United States, Georgia, Netherlands and Qatar. 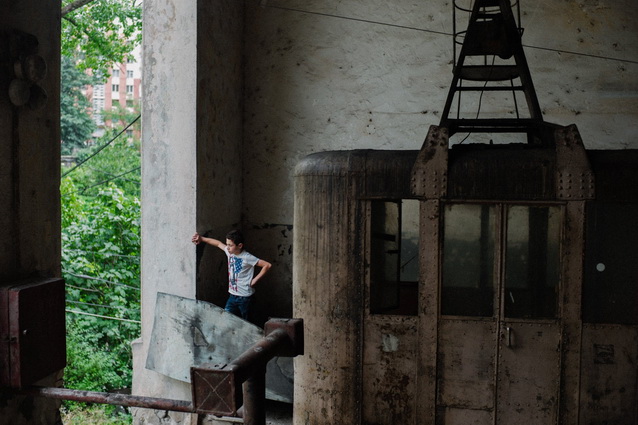 Premiering at this year’s Berlinale film festival in Germany’s capital, City of the Sun received the German Federal Foreign Office’s Award for Cultural Diversity at the goEast festival in Wiesbaden.

The maiden prize was followed by the Best Feature Film award at the DocumentaMadrid International Documentary Film Festival in Spain’s capital last month.

The Sheffield Doc/Fest documentary festival ran from June 9-14 and screened around 150 films in the central English city.