’My Happy Family’, ’City of the Sun’ awarded at goEast festival

Two films by Georgian directors were singled out for prizes at the annual goEast festival in Germany, with the awards ceremony honouring filmmakers Nana Ekvtimishvili, Simon Gross and Rati Oneli on Tuesday.

The directorial effort of Ekvtimishvili and her German co-director Gross was recognised with the Best Director award for the feature My Happy Family.

Georgian actor Tsisia Kumsishvili, cast in the role of the daughter of the film’s principal character, collected the prize on behalf of its creators.

CITY OF THE SUN by Rati Oneli wins the Award of the Federal Foreign Office (@AuswaertigesAmt) for Cultural Diversity #goEast2017pic.twitter.com/5rAWqPN5JK

The 2016 Sundance Film Festival-premiered work also received the International Film Critics' Award for Best Fiction Feature at the event, continuing the international success of the feature since its debut at the American festival.

My Happy Family follows 52-year-old Georgian woman Manana as she decides to move out of her family in search of independence – a decision met by consternation from her relatives and friends.

The festival’s recognition of the contemporary Georgian cinema was also highlighted by the Award for Cultural Diversity, which went to filmmaker Rati Oneli for his documentary City of the Sun.

Oneli’s film follows the life and hardships of residents of the Chiatura mining town in western Georgia, in a directorial work recognised by the Special Mention of the Visions du Reel festival in Switzerland in 2015. 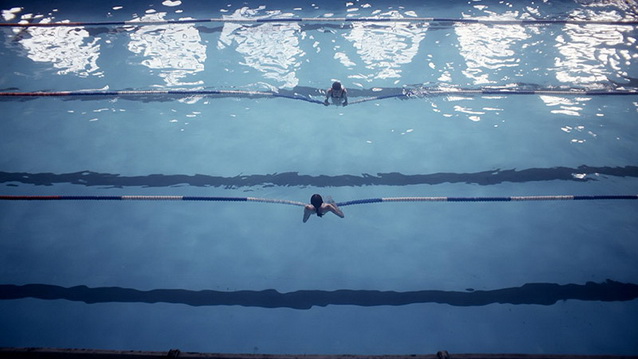 A scene from the documentary ‘City of the Sun’ by Rati Oneli. Photo: goEast festival.

The two award-winning works were not the only films from Georgian directors screened at the festival.

Works ranging from a 1930 classic by Georgia’s first female filmmaker Nutsa Gogoberidze to contemporary director Salome Alexi were all part of the event program.

The festival’s principal prize for Best Film was awarded by the jury team to Serbian director Bojan Vuletic, for his comedy feature Requiem for Mrs. J.

In total, the 2017 goEast festival showcased over 100 films from nearly 30 Eastern European countries, with over 12,000 visiting audience in attendance.

A project of the German Film Institute, the festival is dedicated to the goal of "bringing the diversity and richness of Central and Eastern European cinema into ‘the heart of the West’”.