Film directors Rati Oneli and Ana Chubinidze will feature at the IndieLisboa film festival in Portugal's capital with their acclaimed works City of the Sun and The Pocket Man next month.

Set to launch on May 3, the festival celebrates independent filmmakers and their fiction, documentary and animation productions in 10 different sections of the program.

Oneli's 2017 feature documentary City of the Sun will illustrate the life of locals in western Georgia's mining town Chiatura.

City of the Sun is full of individuals who are giving everything they’ve got and more. Living a silent, unwavering spirit of defiance, a sort of stoic now-more-than-ever", said the film's summary from the upcoming 2017 goEast festival in Germany.

Oneli's work received the Special Mention of the 2015 Visions du Reel festival in Switzerland during its production stage. The feature was also screened at the 2017 Berlinale film festival in Germany's capital.

The film will go on screen within the Silvestre section of the Lisboa festival, which "screens films from both established authors and young filmmakers, making singularity the focus of the section".

Over in the IndieJunior section, visitors of the festival will see Ana Chubinidze's award-winning animation The Pocket Man. 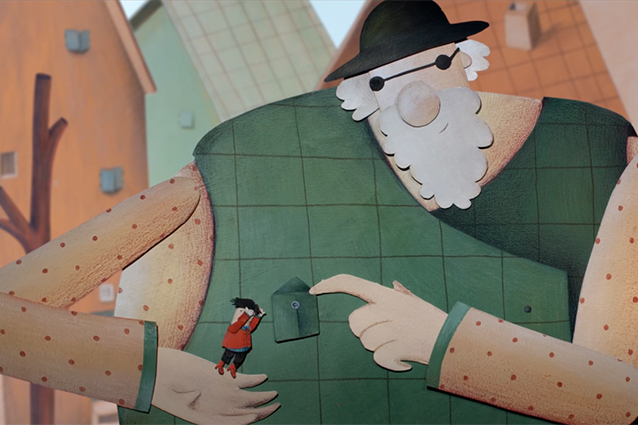 A scene from 'The Pocket Man'. Screenshot from teaser.

The work was honoured with the Best Short Film prize and Special Mention of the Montreal International Children’s Film Festival in Canada last month.

It was praised by the Montreal festival jury for its "improbable friendship [story], for the fertile imagination and the loving humour that emerge from it”.

The animated film debuted at the 2017 New York International Children’s Film Festival in March. It's story follows a small man living in an old suitcase, who strikes up a friendship with an elder, blind person after their chance encounter in a big city.

The annual IndieLisboa film festival was founded in 2004. This year's event will through May 14.