As the prize-winners of the festival were announced late on Thursday, Urushadze’s feature debut was revealed as Best Feature Film of the event, while Oneli’s documentary claimed the Best Documentary Film award.

The prizes mark the international debut by Urushadze and further recognition for Oneli’s work at the festival hosting over 100,000 cinema-goers annually.

For Scary Mother, the major prize was its second honour at the festival, preceded by the Cineuropa award by the online cinema portal during the festival partners’ awards ceremony on Thursday.

The Georgia-Estonia co-production follows the First Feature Award for the feature from the Locarno International Film Festival earlier this month, where the film premiered.

Featuring script by the emerging director, the film follows Georgian woman Manana, who finally takes up her dream of writing, years after initially shelving the idea in favour of taking care of household work.

As the protagonist of the story begins reading her first published book to family members, she realises her fears of negative reception from relatives are becoming a reality. 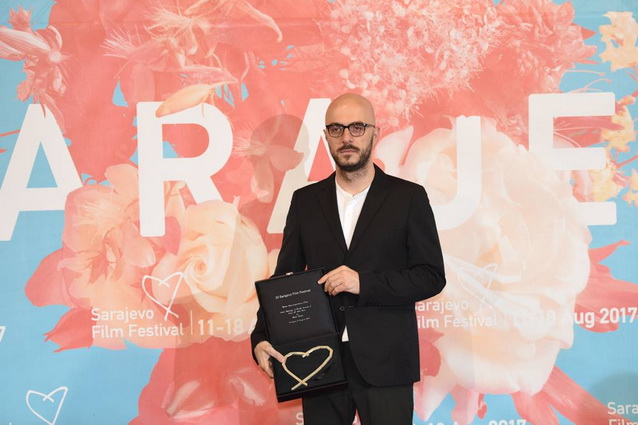 For Rati Oneli’s City of the Sun, the Sarajevo award is the latest international acclaim following the Art Doc Award of the Sheffield Doc/Fest and DocumentaMadrid Best Feature Film prize, among other honours.

A co-production between Georgia, the United States, Qatar and the Netherlands, the film portrays inhabitants of western Georgia’s mining town Chiatura.

The production, featuring screenplay by Oneli and filmmaker Dea Kulumbegashvili, was praised for "extraordinary characters” at the Madrid festival.

The 23rd Sarajevo Film Festival ran in the Bosnia and Herzegovina capital from August 11-18 and featured both current works and upcoming projects by Georgian directors.