A collection of unique historical costumes worn by Georgian nobility will go on permanent display at the Art Palace museum in capital this week.

Adorned with precious stones, details and accessories, the royal dresses created centuries ago were brought back from near destruction by a group of expert restorers and will now be available for public viewing.

The display will showcase five costumes that were worn in Georgian theatre and cinema productions that were created between the 18th to 20th Century. 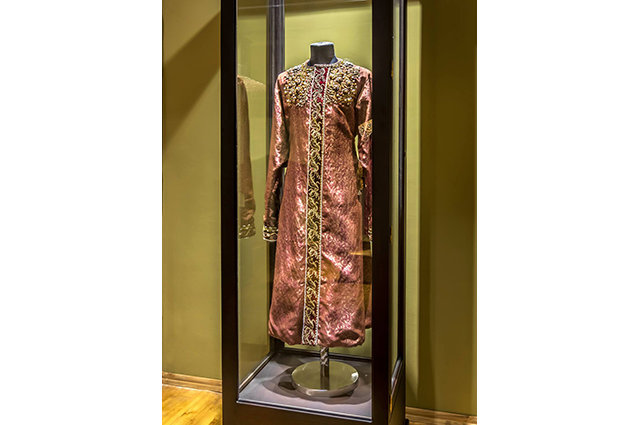 The restored dresses were placed inside special display cabinets with climate control systems to ensure their preservation. Photo from Art Palace.

The masterful designs became a vivid part of the historical film and stage productions they appeared in but were later left languishing in decaying archives, until recently.

Within a project to save the items of cultural heritage, the damaged costumes were studied by a team of two experts who then spent six months strengthening their decaying fabric and adding original details.

Included among the exhibits is a costume of Georgia's 12th Century ruler Queen Tamar, created by celebrated late theatre designer Simon Virsaladze (1909-1989) based on a fresco of the Queen found in Vardzia cave complex in Georgia's south. 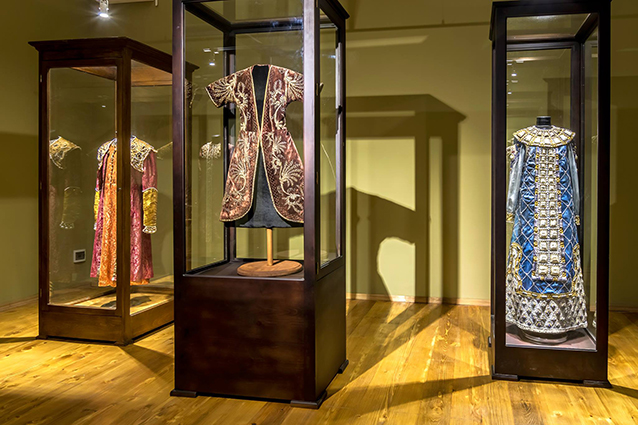 The costume of Queen Tamar (R) is part of five exhibits on show. Photo from Art Palace.

Known for his costume designs for famous classical ballets like The Nutcracker and Swan Lake, the Georgian designer was not allowed by Soviet authorities to use precious stones for the Queen's costume during its creation.

But the experts restoring his work for the Art Palace project replaced Soviet-era cheap replica details with elements and accessories based on their original look, fulfilling the late designer's original aim.

Now over 4,000 diamonds of varying sizes as well as 250 buckles featuring silver and gold coating were part of the Queen's dress. 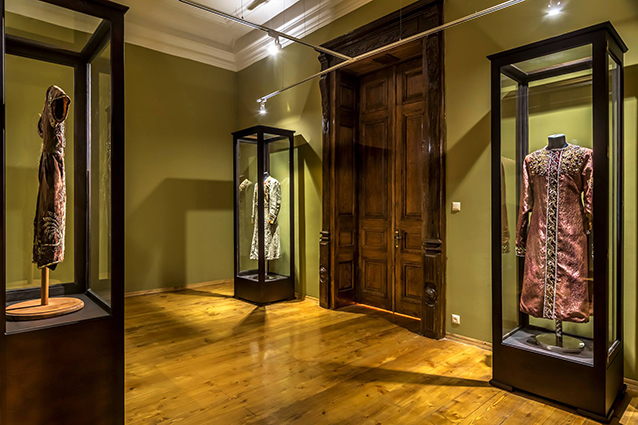 The restoration work brought the historical heritage items back from the state of neglect. Photo from Art Palace.

Art Palace director Giorgi Kalandia said a 19th Century costume of the King's daughter, Princess Tekle "faced disintegration" before it was restored and adorned with over 3,000 previously missing details.

The restoration of the historical attire was supported by the David Bezhuashvili Education Foundation, with representative Manana Manjgaladze noting the impressive work of the restorers.

We never expected to see such results [from the restoration work] having seen the original state of these dresses and the degree of material decay and neglect on them […] The end result is simply fantastic," Manjgaladze told reporters.

Following the restoration, the exhibits were placed in specially made display cabinets with transparent glass, modern lighting and climate control systems to ensure their preservation. 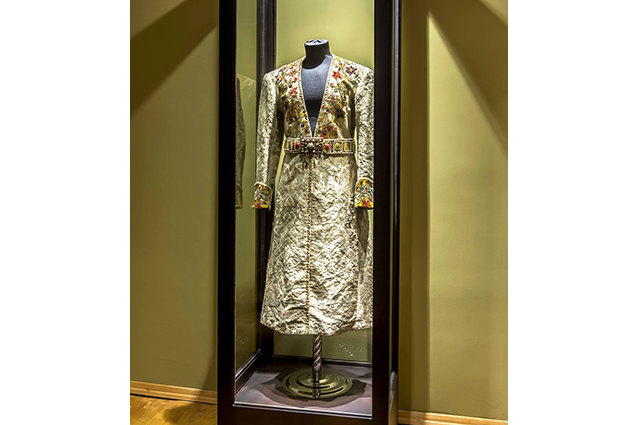 A close-up of one of the five restored costumes Photo from Art Palace.

The Art Palace museum has focused widely on restoring and preserving the cultural heritage of the Georgian nobility both from ancient times and the more recent history.

Earlier this year, Art Palace launched a project to restore fabric from dresses worn by Georgian aristocracy  and exhibited items from their private collections.

Located in Tbilisi, Art Palace is the first Georgian venue to feature on the Google Cultural Institute web portal.