Local artists are recreating fashion history by mimicking the colours and patterns of ancient garb and transferring it onto material used in the modern world.

Historic Georgian garments are being recreated at the Art Palace in Georgia’s capital Tbilisi in a unique project that involves a group of artists copying fabric decorations seen on medieval frescoes and clothing.

Garments worn by historical figures including Queen Tamar and King George IV, as well as those worn by members of the Jakeli, Dadiani and Gurieli noble families, will be available to see and touch once artists finish recreating ornaments from garment paintings and transforming them into fabric. 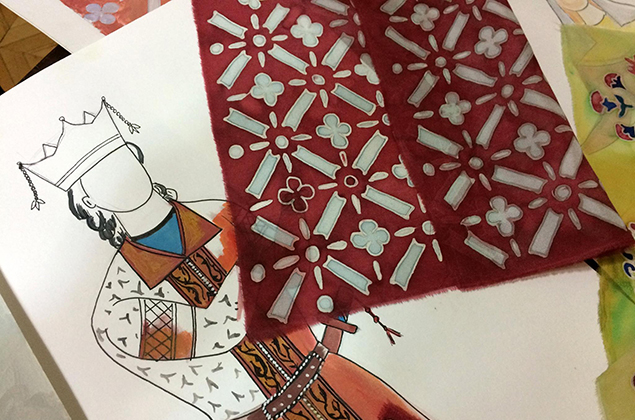 The working group includes artists who copy paintings as well as those who then turn them into fabric. Photo from the Art Palace/Facebook.

The project to reconstruct the material was launched a year ago. Since then the working group of artists have researched various archives and taken part in nationwide expeditions to uncover necessary historical material to allow them to recreate the traditional patterns.