Tbilisi's Art Palace museum has claimed a Special Mention of a top European cultural heritage organisation recognising its status as one of the unique historical monuments on the continent.

The Europa Nostra awards are regarded as the most prestigious European recognition for cultural heritage preservation.

This year Europa Nostra granted the Art Palace its Special Mention for the 2016 Restoration and Conservation award that recognised the quality of preserved historic paintings, furniture and other elements.

By winning this accolade the Art Palace became the first Georgian museum to receive the Special Mention of the European cultural heritage body.

The news was announced by the Art Palace today. 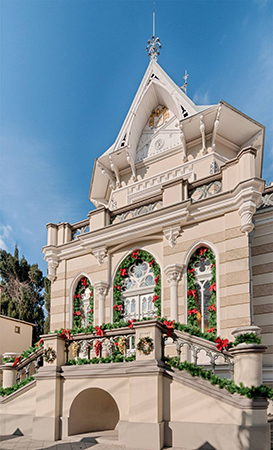 Representatives of Tbilisi’s Art Palace will receive the award on May 24 in a special ceremony at the Zarzuela Theatre in Spain's capital Madrid. Photo from Art Palace/Facebook.

Tbilisi’s Art Palace and the items it displayed were assessed by Europa Nostra vice president and board member Piet Jaspaert.

The museum’s nomination for the awards was collectively prepared by the Ministry of Culture and Monument Protection of Georgia, the National Agency for Cultural Heritage Preservation of Georgia and Georgia's national committee at the International Council of Museums (ICOM).

Representatives of the Art Palace will also attend this year's Europa Nostra awards ceremony at the Zarzuela Theatre in Madrid, Spain on May 24.

Awards and recognitions by Europa Nostra are considered extremely prestigious and highly sought after. Each year the Netherlands-based organisation identified candidates for its awards in research, education, awareness-raising, heritage preservation and more.