The project for renovating Tbilisi’s historical Aghmashenebeli Avenue has received praise from a leading Europe-wide cultural heritage organisation, recognising the effort as a successful example of conservation.

The initiative was revealed among recipients of Special Mention within this year’s European Union Prize for Cultural Heritage, also known as Europa Nostra.

Recognising 13 "heritage achievements” from 11 European countries, the judges of the prize selected their ultimate list of recipients last month. 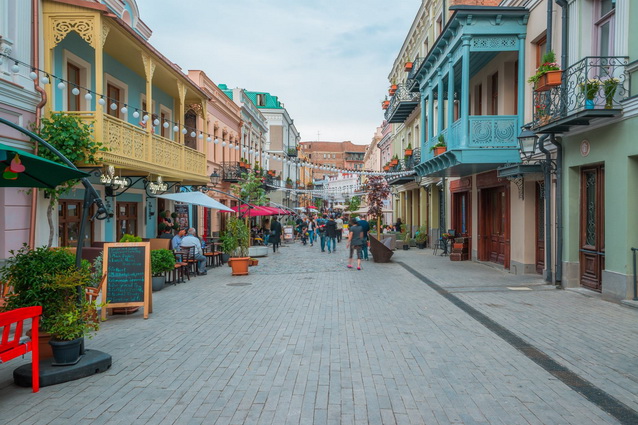 The Special Mention laureates were then announced by Europa Nostra organisers.

Davit Aghmashenebeli Avenue is located in a historic district of Tbilisi and has immense architectural and historical value to Georgia.”

The team behind this restoration project carried out high quality conservation work which has improved the aspect of the surroundings and revitalised the area”, said a summary from the judges detailing their selection.

Europa Nostra Special Mention is given to "outstanding contributions to the conservation and enhancement of Europe’s cultural heritage”. 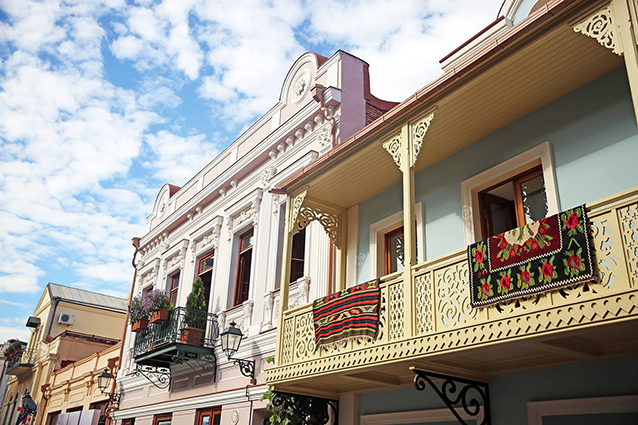 The recognition highlights cultural heritage preservation projects from countries taking part in the Creative Europe programme of the European Union.

Other laureates include a restoration project for maintaining the old Jewish cemetery in Seduva, Lithuania and conservation work for preserving wall paintings in St. Peter and Paul Cathedral in Belarus’ capital of Minsk.

The section of Tbilisi’s Aghmashenebeli Avenue was renovated and pedestrianised under the government’s New Tiflis project late last year.

With works launched in February 2016, the renovated 500 metre-long section of the avenue was reopened to celebrations in September.

See before and after photos of the renovated Aghmashenebeli Ave in an Agenda.ge story here. 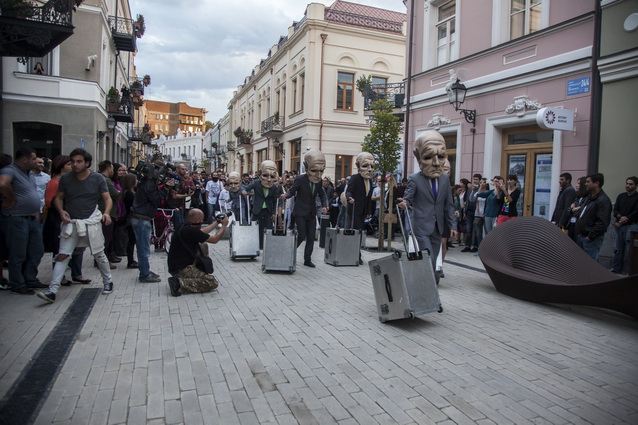 Actors of Poland’s KTO Theatre photographed in performance on the renovated avenue during the 2016 Tbilisi International Festival of Theatre. Photo: Nino Alavidze/Agenda.ge.

The effort was carried out within a longer-term vision of restoring the historical tourist route in Tbilisi. Streets and locations adjacent to the avenue will also be renovated and become part of the route.

Renovation works on buildings along the avenue revealed century-old wall paintings and decorations on stairways, entrances and interiors of the houses throughout 2016.

The discoveries highlighted the stories behind many buildings on the avenue including a 1913 post office at 44 Aghmashenebeli Avenue and a 1903 residential building at street number 26.

Over the last two years, Georgian organisations and projects have been selected for recognition by Europa Nostra experts.

Earlier this year, an initiative by the Georgian Arts and Culture Centre for preserving the knowledge of traditional crafts in Georgia was honoured with the award in Education, Training and Awareness-Raising.

In 2016, Tbilisi’s Art Palace museum received Special Mention in Restoration and Conservation in recognition of the quality of efforts in maintaining historical collections at the venue.