A Tbilisi art museum is the first to be showcased by the world’s largest online art database uniting collections from some of the world’s leading art venues.

Hundreds of paintings preserved at Tbilisi's Art Palace museum can now be found on the Google Cultural Institute website, which brings together collections from museums and galleries worldwide.

Now included in the online collection is an exhibition of works by 20th Century modernist painter Petre Otskheli (1907-1937), whose paintings as well as biographical notes can be viewed here. 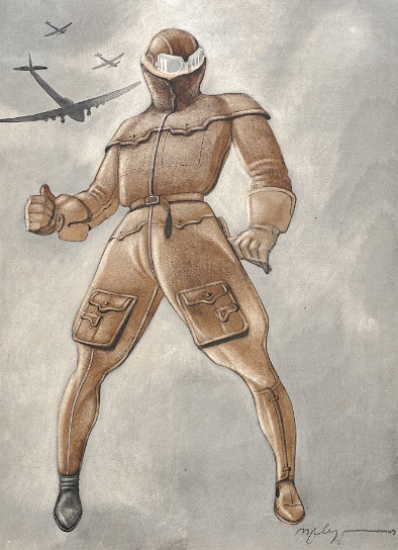 His works were also recognised internationally. The 1939 International Exhibition of Stage Design in London granted him a gold medal posthumously, two years after he was executed by Soviet authorities during the 1937 Great Purge.

The collection of the Georgian painter's works found its place among exhibits of the Google Cultural Institute through a collaboration between Google and Tbilisi's Art Palace, where the original works are displayed.

As well as exploring the Otskheli exhibition, visitors to the Cultural Institute webpage can view more than a hundred separate paintings and photographs showcasing the legacy of Georgian artists including Elene Akhvlediani, Lado Gudiashvili and Sergo Kobuladze.

The works were described by the Cultural Institute site as examples of "Georgian cultural inheritance and priceless treasures". 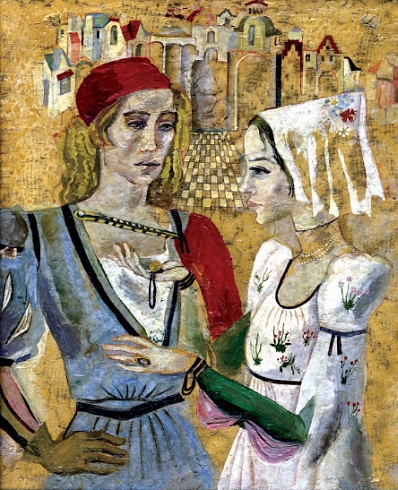 Georgian painter Medea Bakradze's 1978 sketch for William Shakespeare's theatre play 'As You Like It'. Photo from Art Palace.

The works were described by the Cultural Institute site as examples of "Georgian cultural inheritance and priceless treasures".The paintings have been uploaded in high definition meaning viewers can get a close-up view of the piece and see finer details of colour and technique.

The Google Cultural Institute aims to "bring the world's cultural heritage online" by featuring galleries and exhibits of some of the world’s most iconic cultural locations. The site offers a virtual tour of the Bolshoi Theatre of Moscow, Russia, photo galleries illustrating the life of South Africa's former president Nelson Mandela and a slideshow history of the Palace of Versailles in France.

The online catalogue launched in 2011 and today features more than six million items on various topics.

Previously the Cultural Institute has partnered with museums and organisations from all over the world including the Yad Vashem memorial in Israel, Museo Galileo in Florence, Italy, and Museum of Polish History in Warsaw.