Treasures from Georgian noble families are going on display at a Tbilisi art museum.

Starting this week Tbilisi's Art Palace is hosting its first ever exhibition of historical items from collections of Georgian noble families.

A range of exhibits such as paintings, silver and gold accessories from Georgian aristocratic families Bagrationi, Dadiani, Amilakhvari, Eristavi and Mukhranbatoni, will be on display for a month, starting April 7. 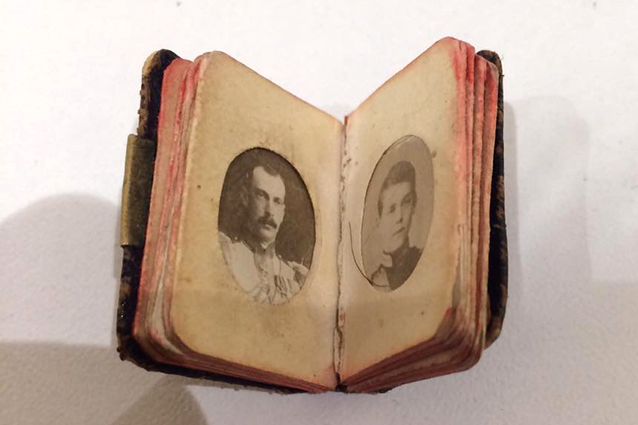 Portraits of Tsar Nicholas II of Russia included in the notebook celebrating his 1896 coronation. Photo from Art Palace/Facebook.

Artwork presented in the display will represent European schools of painting, including that of influential Spanish Baroque artist Bartolome Esteban Murillo (1617-1682).

Another famed name featuring in the collections was 19th Century jewellery House of Faberge, with precious accessories made from gold and silver representing St Petersburg jewellery makers. 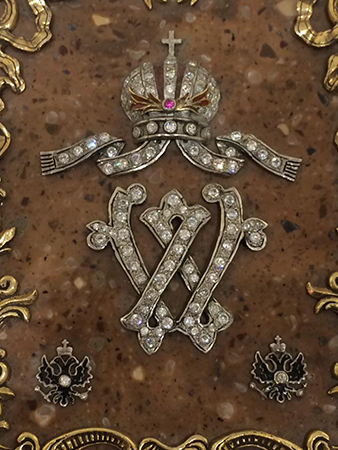 A cover detail for an item among the collection. Photo from Art Palace/Facebook.

Other items on display will be royal pottery and 19th Century miniature portraits of Tsars Nicholas II and Alexander II of the Russian Empire, which Georgia was part of.

The exhibition was made possible after owners of the unique collections cooperated with the museum to select items for the display.

After opening to special guests on Thursday, the exhibition will welcome the general public on April 8 and remain open for one month. 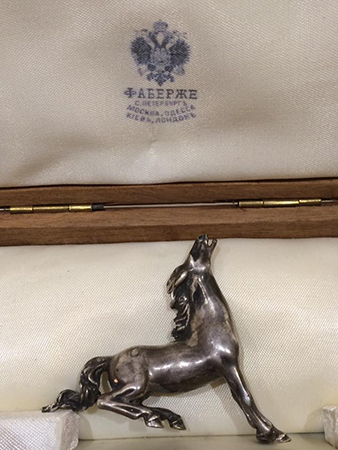 A small figure made in the St Petersburg Imperial Russian jewellery House of Faberge. Photo from Art Palace/Facebook.