Film producers in the United Kingdom (UK) and Georgia are teaming up to create a new feature project about the short but violent Russia-Georgia war in August 2008.

The UK-Georgia project will take advantage of Georgia's new cash rebate program for filmmakers, offered within the ‘Film in Georgia’ scheme which was presented in detail to European filmmakers at the Cannes International Film Festival this month.

The UK-Georgian co-produced film is titled Shindisi and will be a fiction film based on a true story that took place during the 2008 war between Russia and Georgia.

Agiashvili is a successful filmmaker and is known for his films Tbilisi, I Love You, A Green Story and The Harsh Life of Veronica Lambert. 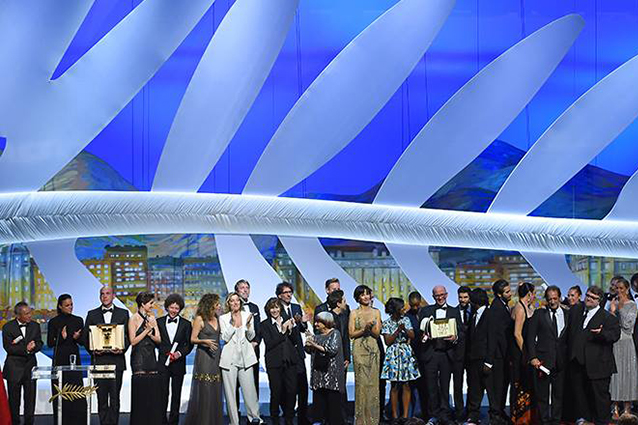 Georgia's cash rebate program and the Film in Georgia initiative was presented to European cinema professionals at the Cannes International Film Festival. Photo from the Festival/Facebook.

The new film will be the fourth Georgian co-production for Film and Music Entertainment production house. The British company also co-produced 2014 films Lost in Karastan and The President as well as Georgian filmmaker Mariam Khatchvani's work Dede.

It is great to be embarking on our fourth official co-production with Georgia. We were one of the first international companies in on the ground in Georgia and we are glad that we have been able to build up a reciprocal two-way street of co-producing each other’s films … It really helps now that the tax credits will be really bedded in at about our time of shooting,” said company founder Mike Downey while commenting on the new project.

The film project will benefit from Georgia's cash rebate program, which is part of the Film in Georgia initiative that allows filmmakers to get back up to 25 percent of their filming expenses for projects made in Georgia. The program was presented in the United States and in Europe in recent weeks.

Filming is scheduled to begin at its main location in September this year in the central Georgian village Shindisi, the actual location of the film's story.

The feature movie will tell the story of the Georgian troops who sacrificed themselves to allow their fellow soldiers to escape from Russian armed forces after the latter broke their promise of free passage for Georgians out of Shindisi village during the August 2008 conflict.

The Georgian cast will include actor Merab Ninidze, best known for his part in the 2002 Academy Award-winning feature Nowhere in Africa.