Three Georgian contemporary artists are having their visual works and installations presented at the 2015 Kyiv International Biennial in Ukraine’s capital city.

Exhibits by Ana Chaduneli, Uta Bekaia and Tamar Tchabashvili, alongside works by Ukrainian artists Lada Nakonechna and Ana Zviagintseva, are on public display at the event within The School of Kyiv program - the main theme of this year’s Biennial that has been running since September 8.

The Georgian-Ukrainian artist group is simultaneously presenting their exhibition at the 14th Istanbul International Biennale Festival that opened on September 2 in Turkey. 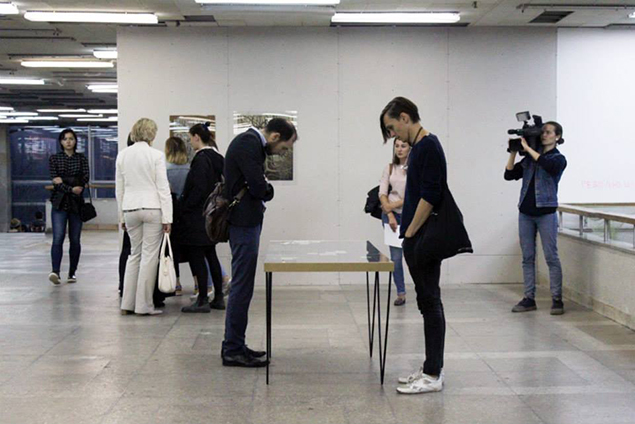 The School of Kyiv program features works by more than 100 Ukrainian and international artists about various issues in Ukraine and throughout the world within six thematic categories:

The exhibited pieces were created by their authors and public intellectuals in collaboration with the general public through a format of open forums.

The program was created as an independent project by curators Hedwig Saxenhuber and Georg Schoellhammer and was organised together with the Kiev-based Visual Culture Research Centre. The organisers now plan to open a series of institutions across Europe to extend the project to a larger audience.

The Georgian-Ukrainian expo within the Biennial was organised with the support of Georgia’s Ministry of Culture and Monument Protection and will on public display until November 1.

See the event schedule and locations of The School of Kyiv exhibition on the official website here.