Georgia’s “successful” cooperation with the Council of Europe and the organisation’s “important contribution” to the democratic development process of the country were discussed on Thursday by the Georgian foreign minister Ilia Darchiashvili and Marija Pejčinović Burić, the secretary general of the Council of Europe, on the sidelines of the United Nations general assembly. 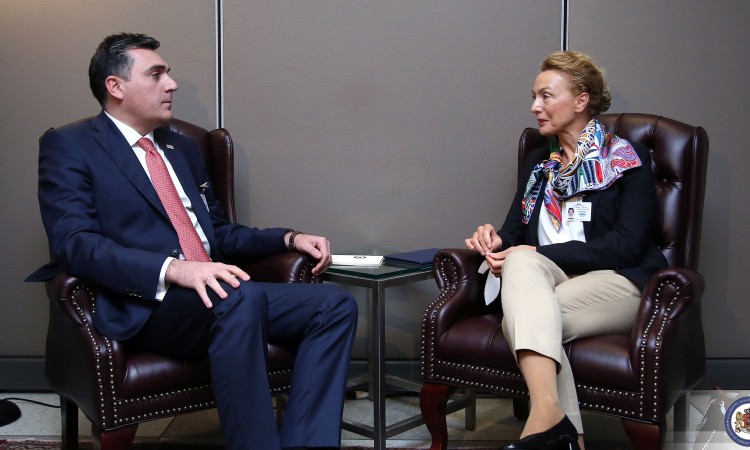 Special attention was paid to the Russia-Georgia conflict and the situation in the Russian-occupied regions of the country, Abkhazia and Tskhinvali (South Ossetia), and in this regard, the important role of the Council was highlighted in the process of “peaceful resolution” of the conflict, as well as humanitarian involvement in “restoring trust” between population separated by the conflict.

Enjoyed engaging conversation with CoE SG @MarijaPBuric. Focused on ????????'s successful cooperation with the organization, touched upon the security situation in the region. I expressed gratitude for CoE's unwavering support to our country. pic.twitter.com/mqy7E56zq6

The Georgian foreign office said the officials had stressed the importance of keeping the issue of the occupation of Georgian territories at a “high political level” on the agenda of the Council of Europe and had “positively assessed” the practice of annual reports of the secretary general on the existing “difficult humanitarian situation” and security environment in the occupied regions, for which Darchiashvili had thanked Burić.

The discussion at the meeting also touched upon the security environment in the region and the ongoing war in Ukraine, while the secretary general thanked Georgia for its “active involvement” in supporting Ukraine.

The annual action plan of the Council for supporting reforms in Georgia and its implementation were also discussed.