Georgian Prime Minister Irakli Garibashvili, who attended the UN Climate Change Conference (COP26) in Glasgow, has asserted that ‘climate change is a global challenge, which is impossible to handle without a combined effort.’

Garibashvili thanked the British PM Boris Johnson and the UN Sec Gen Antonio Guterres for their effort to gather over 120 world leaders at the COP26 summit despite the pandemic.

We are obliged to act together.

At the summit, world leaders have pledged to end deforestation by 2030. 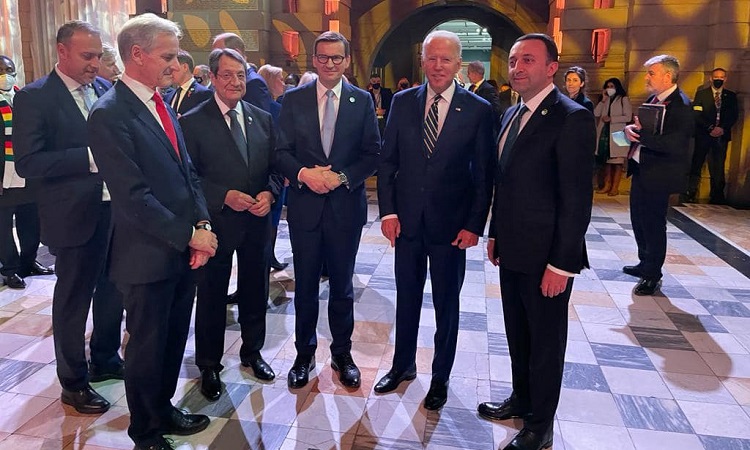 Political leaders, whose countries account for more than 86% of the world’s forests, committed to work together in order to reverse forest loss and land degradation.

"To have any chance of keeping below 1.5°C of global warming, we must halt deforestation" -- Sir David Attenborough

Johnson called the pledge a ‘chance to end humanity’s long history as nature’s conqueror, and become its custodian.’

Forests are the lungs of our planet.

Today @COP26, over 100 leaders representing 85% of the world's forests will take landmark action to end deforestation by 2030.

With this pledge, we have a chance to end humanity’s long history as nature’s conqueror, and become its custodian.

Guterres praised world leaders’ effort, but highlighted the importance of making good on the declaration.

I welcome the Glasgow Leaders' Declaration on Forests & Land Use as an important step to halt & reverse deforestation.

Signing the declaration is the easy part.

It is essential that it is implemented now for people & planet. #COP26

COP President Alok Sharma addressed the leaders to commit to the fulfillment of the Paris Agreement, which seeks to limit the rise in global temperature to 1.5 degrees Celsius.

Warm welcome to 120 leaders from across the globe to #COP26

I call on them to take #ClimateAction to:

The science is clear that the window of time we have to keep the goal of 1.5degrees Celsius alive , and to avoid the worst effects of climate change, is closing fast. But with political will and commitment, we can, and must, deliver an outcome in Glasgow the world can be proud of, Sharma said.

The COP26 summit is taking place from October 31 to November 12.