Both Tbilisi mayoral candidates Kakha Kaladze and Nika Melia from the ruling Georgian Dream (GD) party and the United National Movement (UNM) celebrate the victory in the municipal election run-offs ahead of the official announcement of the results.

Kaladze has thanked the supporters of the GD and stated that ‘I am happy that we achieved a decent victory.’

I am ready to serve this city and to all the people 24 hours a day. I was the mayor of everyone and so I am going to continue,” Kaladze said.

He noted that he will begin to implement the projects starting the following day. 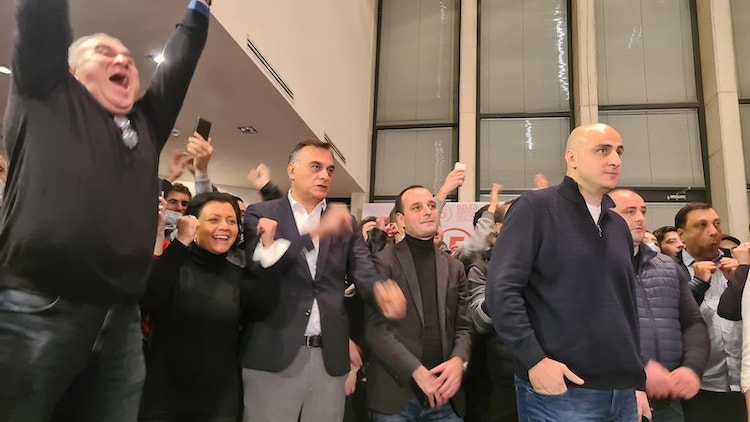 Melia in his turn stated that ‘the Georgian people won,’ calling on the GD to ‘admit the defeat.’ Photo: Netgazeti.ge.

Acknowledge the results, admit the defeat, there is nothing tragic about that,” Melia said addressing the ruling party.

Municipal election run-offs took place in Georgia today in 20 out of 64 election constituencies nationwide, in which 2,088,722 voters were eligible to participate.

Overall, 1,830 polling stations were open in the country.