Animation director Mariam Kapanadze's award-winning work on a desolate location under environmental erosion, and Maradia Tsaava's documentary looking at a dam on a dividing line between people will represent Georgian cinema at this year's DOK Leipzig festival in Germany.

The two works by Georgian directors will be screened in cinema theatres between October 26-30 and October 28-30 respectively, before the festival's first phase closes at the end of the month and the second part brings films to an online format in November.

Abandoned Village, the Paris International Animation Film Festival prize-winning work, is in the international competition programme for short films, and will have its German premiere in Leipzig. It will show the director's look at a remote and decaying village after its abandonment, and under gradual effects of natural phenomena.

The film looks like an oil painting, a still life painted in sometimes delicate, sometimes broad brushstrokes, bathed in different lights with the shifting times of day and changing its mood

The 2020 production earned the jury and public awards in Paris this year, with the prizes following its initial success at the New Chitose Airport International Animation Festival in Japan last year. 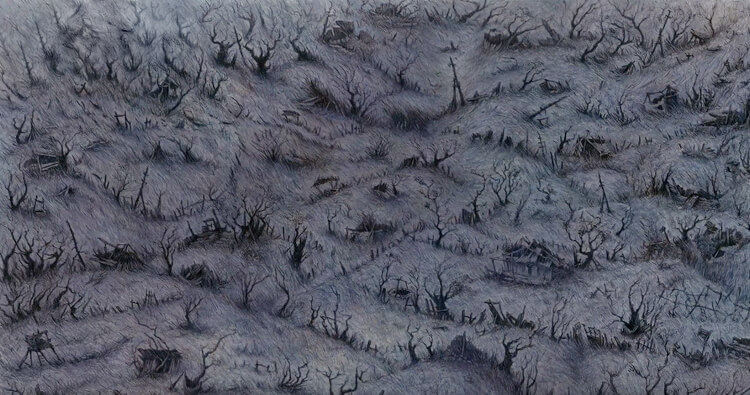 Starting its screening sessions two days later, Water Has No Borders by Tsaava is in the international feature-length competition. The 2021 Georgian-Russian documentary co-production will have its world premiere at the German festival, bringing a look at the Enguri dam, a major engineering construction sitting on an administrative line separating Georgian-controlled territory from its occupied Abkhazian region in the north-west.

The documentary shows a reporter - the director of the film - as he is stranded in the setting of the dam after his and his cameraman's car breaks down, and they find themselves spending time listening to stories of both Georgians and Abkhazians working at Enguri while waiting for bureaucratic clearances to proceed.

[I]n the cafeteria of the dam, in drives around the river, the stories of people emerge whose lives are shaped by the secession. They talk of legal and clandestine border crossings, weddings and funerals and of life in the here and there

Water Has No Borders was featured at the ParisDOC industry platform of the Cinema du reel festival in France during its production stage. The work reached the industry section after an international jury team at the CineDOC-Tbilisi International Documentary Film Festival picked it for the French platform.

Tsaava's documentary - which was also showcased among projects in development at the 2020 Doclisboa Film Festival - is produced by Mariam Chachia, who earned the Next Masters Competition section prize for her own work Listen to the Silence at DOK Leipzig in 2016.

This year's Leipzig festival will screen 170 films at cinema theatres between October 15-31, and over 70 works in the DOK Stream format between November 1-14.