Young filmmaker Mariam Kapanadze was distinguished at the residency of the Ambassador of Japan in Tbilisi on Tuesday, with the director of the animated short Abandoned Village handed the Minister for Foreign Affairs of Japan Prize for the film from New Chitose Airport International Animation Festival.

Ambassador Akira Imamura presented the prize to Kapanadze, who is also an actor at the Professional Shadow State Theatre of Georgia, at a ceremony attended by Georgia's culture minister Thea Tsulukiani and the troupe's manager Gela Kandelaki.

Kapanadze earned the award at the Hokkaido-based festival last year, becoming the first Georgian to be named among prize-winners at the event. Tuesday's ceremony saw her receive the award in person, with ambassador Imamura telling reporters the Georgian director's animation was "an amazing film that shows gradual change in landscape in an abandoned village in Georgia".

[The theme of the film] was a common problem also with Japan, and the significance of her contribution to animation culture is very important against the background of the long history of Georgian filmmaking

In her remarks, Tsulukiani stressed Kapanadze's work at the shadow theatre company, telling reporters theatre troupes specialising in the shadow performance genre were "one of the main priorities" for the ministry. 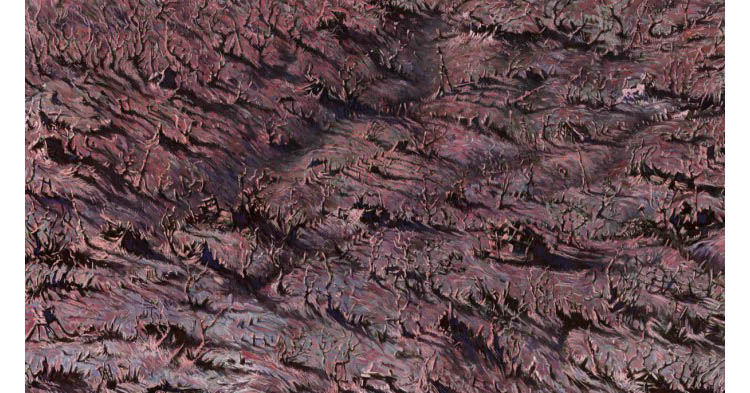 A still from 'Abandoned Village', the debut animation by the young director. Image via New Chitose Airport International Animation Festival.

Showing a day in a location based on a real settlement in upper Imereti province in Georgia's west, the 14-minute film - the debut animation from the director - features ambient sounds and no speech to convey the atmosphere of the setting.

It was one of 100 short works singled out of over 2170 submissions from over 90 countries and regions for the festival last year, with the event taking place in November. Abandoned Village also screened at the prestigious Annecy Festival in France as well as the Paris International Animation Film Festival and the Tokyo Museum of Photography this year.

Kapanadze graduated from the film director course at Masuki University in Japan in 2012. She joined the Georgian shadow theatre, celebrated for its performances in the country and abroad, in 2013, becoming a part of its roster for all performances.