A ninth body has been recovered from the rubble of a residential building in the Black Sea town of Batumi, Interior Minister Vakhatang Gomelauri has announced.

He assumes there is no one else left in the rubble so that the rescue operation will come to an end. 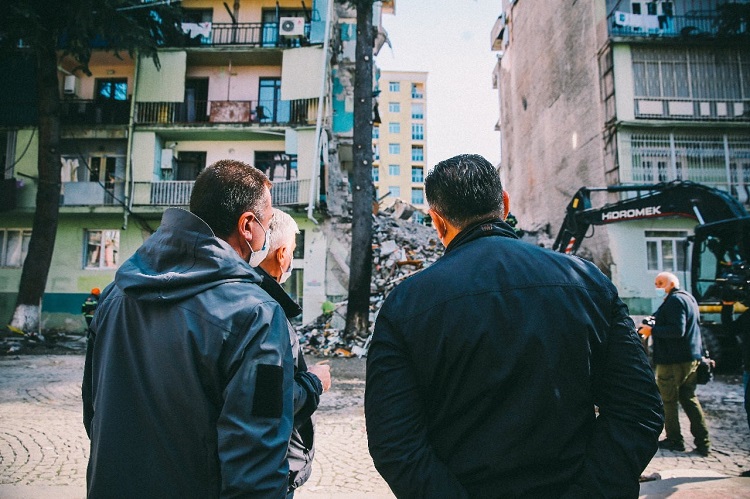 Over 300 rescuers have been searching people in the rubble for a day and a half. Photo: Interior Ministry press office

A woman and her child have been found dead in the rubble of a residential building in the Black Sea town of Batumi, increasing the number of death toll to eight. 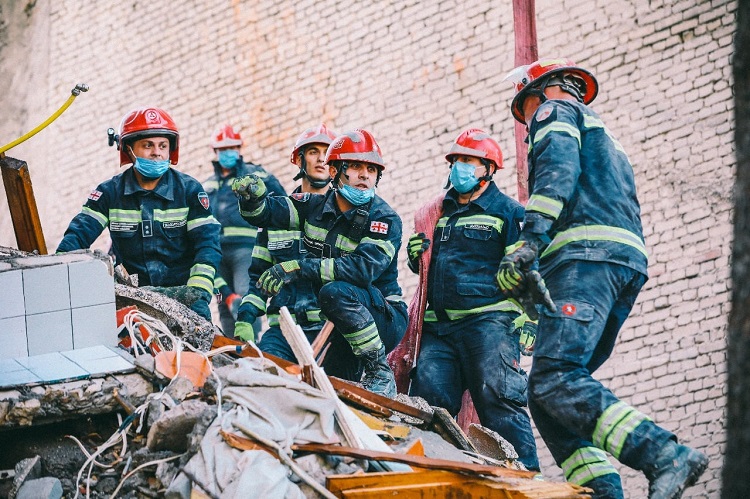 Three people, including the owner of the ground floor, identified only as Z.B. and born in 1975, have been detained for carrying out illegal construction works violating the rules of safety. Photo: Interior Ministry press office

Six people, including two minors, have died following the collapse of a multi-block residential building in the Black Sea town of Batumi.

Based on various media reports, a  named Inga Mekeidze who was initially rescued last night, died in the hospital. Her two minors aged 1 and 9 were found dead in the ruins holding their uncle. 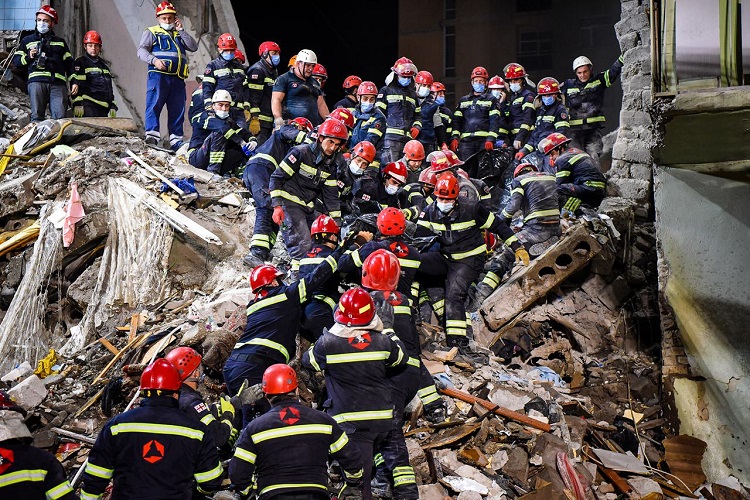 Flags on all government buildings in Georgia will be flying at half mast on Monday as October 11 has been declared a day of mourning. Photo: Interior Ministry press office

Rescuers continue searching three more people trapped under the ruins of the building on May 26 Street in Batumi.

They have been working on the spot for 24 hours now and have saved two children and one man. 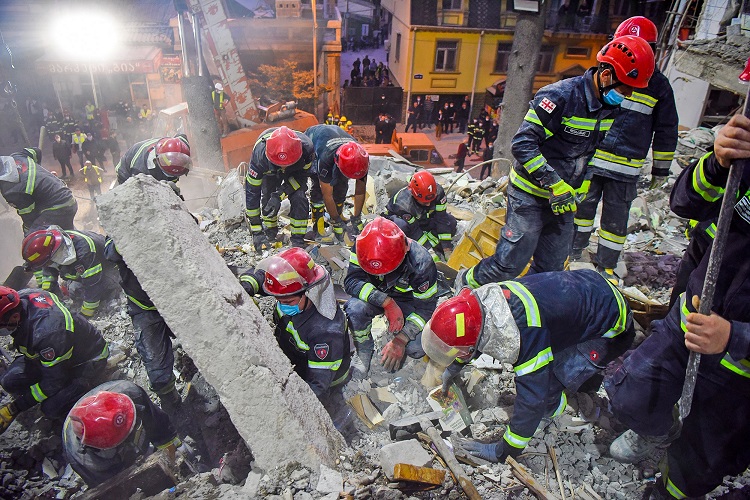 The international community is saddened by the tragic collapse of a residential building in the Georgian Black Sea town of Batumi on October 8 causing the death of nine. ​​​​​​​Photo: Interior Ministry press office

The Interior Ministry has meanwhile detained three, including the owner of the ground floor apartment for illegal construction works causing the building to collapse.

Reportedly the collapse was caused by the violation of construction works that had damaged its retaining wall.