Municipal election run-offs to be held on October 30

A second round of municipal elections in Georgia will be held on October 30 as some candidates did not receive enough votes to overcome the mandatory threshold, including in Tbilisi.

Ruling Georgian Dream party chair Irakli Kobakhidze said at a news briefing earlier today that their mayoral candidates have won elections in 44 election districts out of a total of 64, while run-offs will be held in the remaining 20, based on the preliminary results of the Central Election Commission (CEC).

It is especially sad that the second round is needed to be held in Tbilisi, but naturally none of us doubts that Kakha Kaladze will eventually win these elections”, Kobahidze said.

Noting that Kaladze will have ‘a solid majority’ in Tbilisi City Council (Sakrebulo) in next four years, Kobakhidze said the Georgian Dream will have at least 29 representatives in a 50-member Sakrebulo. He also ‘promises’ the citizens that all of their mayoral candidates will win the run-offs on October 30.

Irakli Kobakhidze says his team has achieved a ‘convincing victory’ in October 2 municipal elections, leading to  ‘peace, stability and development’ of the country.

Georgian Dream is convincingly leading in municipal elections with 47.25 percent of votes after over 90 percent of preliminary votes counted. pic.twitter.com/pitw8vrfEA

Kobahidze has meanwhile noted that as the votes at ¾ of the precincts have been counted, most probably the final results will not change a lot. 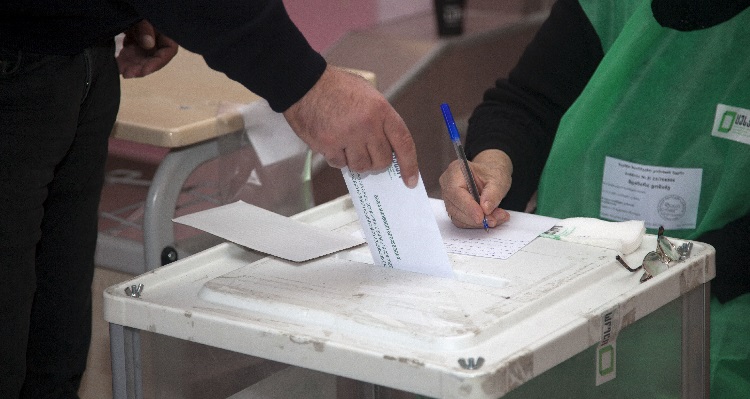 Voters filled three ballot papers on October 2 municipal elections: the first ballot paper is for mayoral candidates (which are elected per a 50+1 system. The winner is the candidate who will receive at least 51 per cent of votes, otherwise a second round of elections will be held).

The second ballot paper is for majoritarian candidates in city assemblies (The winner must receive more than 40 per cent of votes in the first round of elections to win the race, otherwise a second round of elections will be held).

The third ballot paper is for parties - they will need at least 2,5 per cent of votes to receive seats in Tbilisi City Assembly and 3 per cent in other city assemblies across the country.